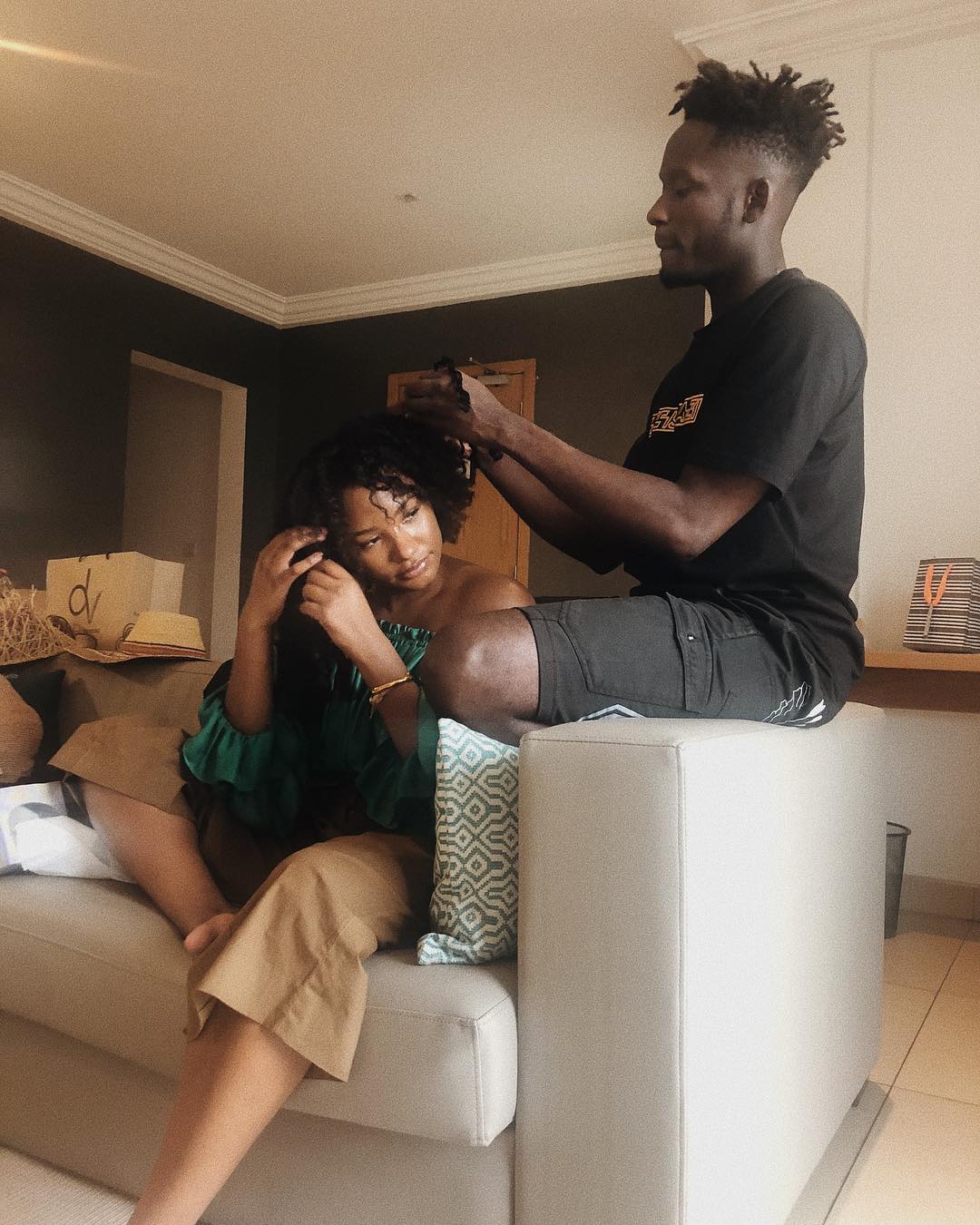 Cuppy was instrumental in their love story since it was through her that Mr Eazi and her sister, Temi Otedola met. In an interview in 2018, Mr Eazi said that he met Temi through Cuppy.

He revealed that he met his fiancée when her sister, Cuppy, who is also a friend of his, invited him to one of her many gigs in London, the United Kingdom. According to him, they were seated at the same table and began chatting when Cuppy left the table to take the stage.

I met Temi in London. It was an event, her sister invited me to an event. Her sister was playing at the event, somewhere in Knightsbridge and she said, oh come out, follow me to this event, so I followed her to the event and then she was deejaying and all of a sudden it was just me and Temi sitting down and just watching her.”

Temi recounted her chat with Cuppy on their “How Far” podcast after telling her sister about her relationship with Mr Eazi. Temi said, “I can never forget the only thing she (Cuppy) said, those first weeks we were dating, she had introduced us and she was there and she was still cultivating a working relationship with you [Mr Eazi]. And so, she calls me and said ‘so you guys are dating officially and I said, “yes, I like him” and she said, “all I am going to say is that if things don’t work well with you both, I am going to maintain my work relationship with him [Mr Eazi]” and she was straight up about it.”

Keep scrolling to see how the famous lovebirds came to be a romantic duo.

Mr Eazi and Temi Otedola shared a beautiful photo of them above at a wedding in the United Kingdom looking all loved up and cute. He captioned the photo: “I just Met a Fan! She sabi my entire Mixtape.”

When Temi Otedola took to Instagram to wish her boyfriend Mr Eazi a happy birthday with a sweet message. She wrote:

(A social media message just can’t do this justice) Happy Birthday to my right hand in all this! Let’s just say my look in this photo says it all. Get off that plane quick and let’s start the celebration?

How can we forget these lovey-dovey photos?

Temi Otedola, Mr Eazi and Cuppy all came out to support the Super Eagles in their international friendly match against Serbia in 2018

One of their many romantic getaways, this one was in Tuscany in Italy

That time Mr Eazi in an interview opened up about his relationship with Temi saying, “I’m in love with her”

Temi and Eazi At the 2019 Coachella

In 2019, Temi managed to execute a surprise for her man by taking him to an Andrea Bocelli live concert

When Eazi discovered a new talent after taking several photo of his bae, Temi

When they made each other their twitter profile pic in 2020.

And more ‘Awnnn’ photos from the live birds