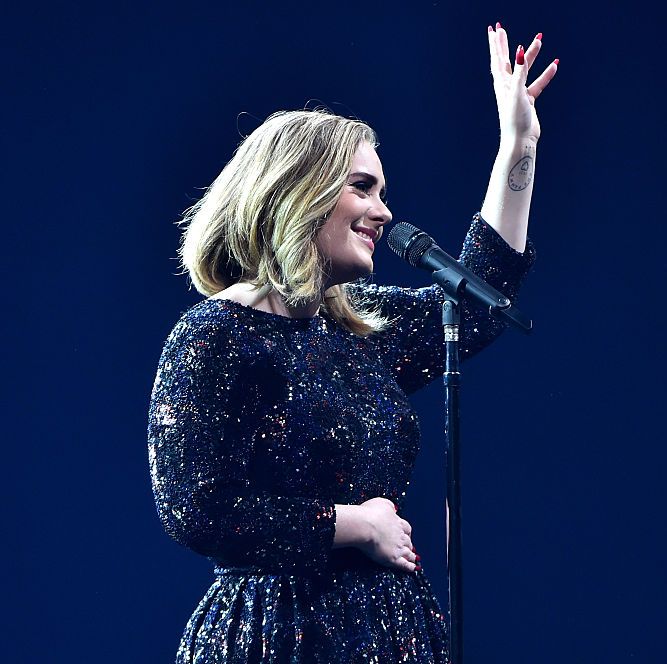 ‘Hello from the other side’ to Adele, who is returning to our TV screens next weekend.

The Londoner will host iconic US comedy sketch show Saturday Night Live for the first time.

Adele has largely kept out of the public eye for the past three years, since her world tour for her third album 25 ended in 2017. TV wise, she starred in a one-off special for the album in 2015, hosted by Graham Norton, called Adele Live At the BBC and stateside, she was also a musical guest on SNL when Matthew McConaughey hosted.

Her most recent high-profile TV cameo came in 2016 when she appeared in a Carpool Karaoke segment filmed in London for James Corden’s Late Late Show.

On Sunday, the Grammy and Oscar winner confirmed on Instagram that she will be hosting the show this Saturday, live from New York, on October 24. She will be joined by musical guest H.E.R.

Bloooooody hellllll I’m so excited about this!! And also absolutely terrified! My first ever hosting gig and for SNL of all things!!!! I’ve always wanted to do it as a stand alone moment, so that I could roll up my sleeves and fully throw myself into it, but the time has never been right. But if there was ever a time for any of us to jump head first into the deep end with our eyes closed and hope for the best it’s 2020 right? Itll be almost 12 years to the day that I first appeared on the show, during an election…which went on to break my career in America, so it feels full circle and I just couldn’t possibly say no! I am besides myself that H.E.R will be the musical guest!! I love her SO much I can’t wait to melt into a flaming hot mess when she performs, then confuse myself while I laugh my arse off in between it all. See you next week ♥️🤞🏻

Though fans have been quick to wonder whether Adele’s surprise last-minute gig could mean her highly-anticipated fourth album is also on its way, the mother-of-one referred to hosting SNL on October 24 as a ‘stand alone moment’, covertly quashing inevitable assumptions.

YOU MAY ALSO LIKE :   Naira Fashion: Check Out 5 Outfits Inspired By Naira Notes

Adele said she was ‘so excited’ but ‘absolutely terrified’ about hosting the show, which has been on her bucket list for a while.

‘I’ve always wanted to do it as a stand alone moment, so that I could roll up my sleeves and fully throw myself into it, but the time has never been right. But if there was ever a time for any of us to jump head first into the deep end with our eyes closed and hope for the best it’s 2020 right?’

Ain’t that the truth, Adele.

The singer also spoke of the poignancy of hosting the show as it was when she appeared as a musical guest in 2008, in which Republican Vice Presidential candidate Sarah Palin also starred making it the most-watched of the season, that led to her big break in the US.

In this article:Adele, Entertainment, News