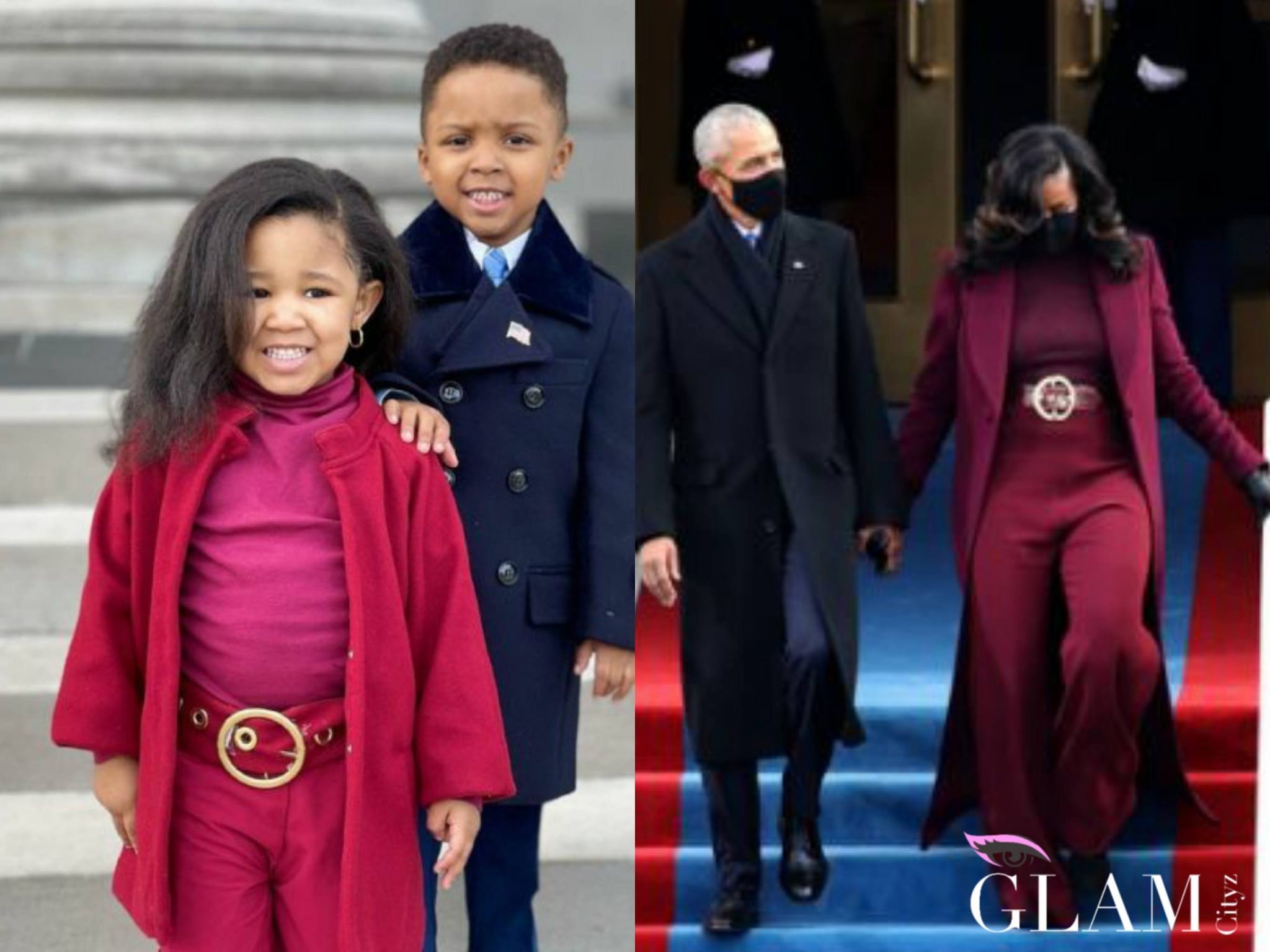 Two adorable kids recreated the outfit of former US President, Barack Obama and his wife Michelle Obama, which they wore to Joe Biden’s Inauguration ceremony.

The kids got everyone’s attention as their outfit are so perfect, the similarities can’t be denied. From the American flag pin on Barack Obama’s jacket to the photo poses, they definitely nailed it.

Michelle and Barack Obama’s outfit kept head turning as they successfully stole the event with their well fitting outfits.

The photo of the two adorable kids which was posted by its_allry on instagram got the attention of users as some describe them as “cute” and also as the future president of the United States.