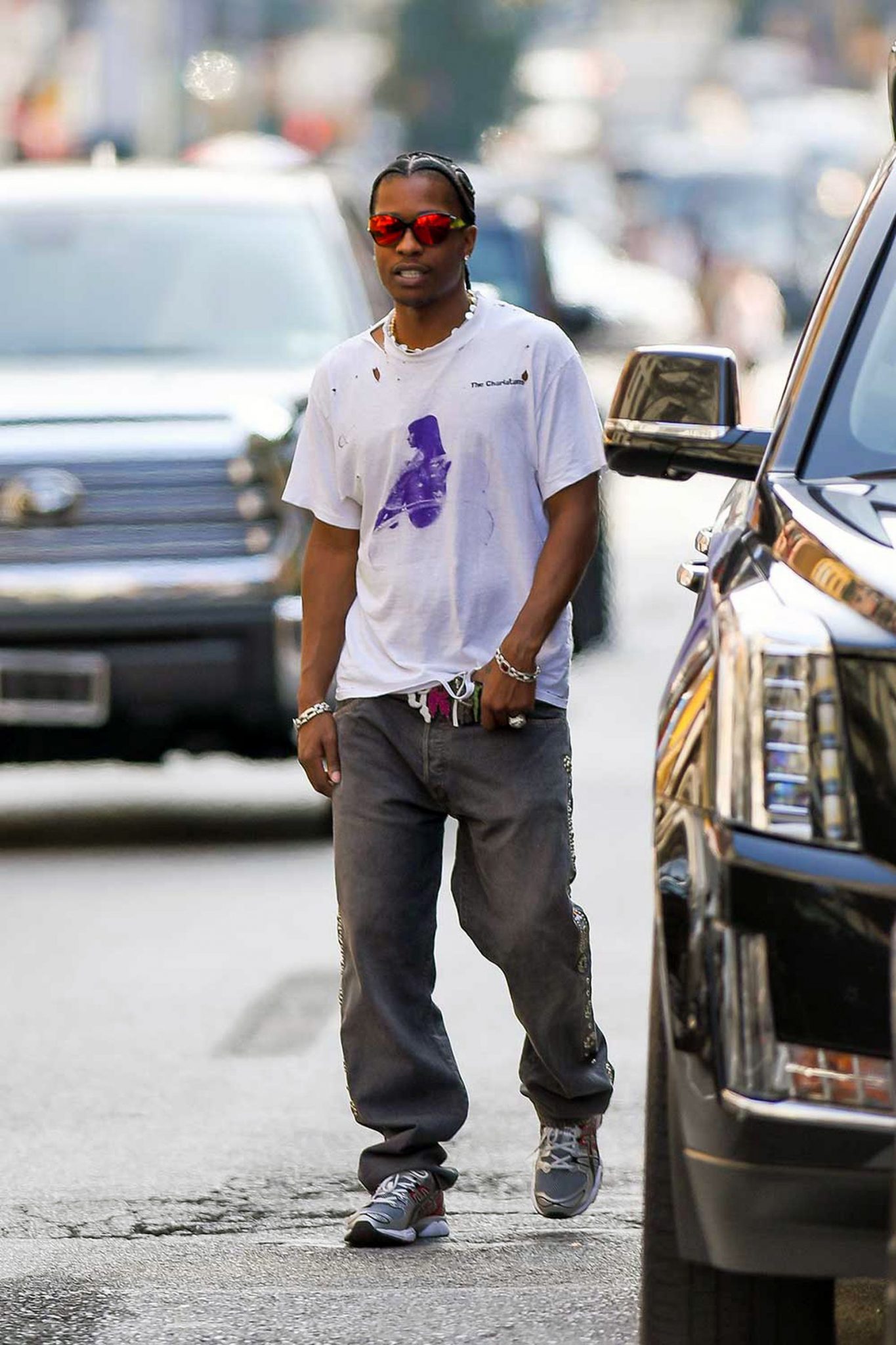 New father A$AP Rocky is not taking his return to New York lightly. In fact, Rocky’s been so busy stylishly grabbing grub with wife Rihanna and reportedly going stroller shopping for his son, that he’s even been spotted wearing the same outfit a couple days in a row.

Well, no longer: Rocky is feeling refreshed and dressed the part.

Spotted strolling lower Manhattan on July 28, Rocky apparently went out to get his hair done, which would explain why he’d had his dome covered with a furry “wig” for a brief spell.

Rocky’s fresh, intricate braids end in beads which, as Morgan Smith explained to me, is a hairdo usually worn by Black girls.

This is why you don’t pigeonhole the fashion killa: no stylistic cue is off limits to Rocky, so long as he feels like giving it a spin.

Otherwise, it’s flex-worthy business as usual, as Rocky swaps his silk shirt and track pants for a vintage Charlatans T-shirt, studded Kapital jeans that he might’ve bought from New York store MANNAHATTA, and a pair of elderly AF ASICS sneakers.

This is dad style done the A$AP way, with Rocky’s inimitable spin on the usual worn-out T-shirt, baggy jeans, and athletic sneakers your pops would likely wear to take out the trash.

But, this being Rocky, things are kicked up a notch by the brand selection and faultless accessorizing.

Rocky’s wearing a big ol’ ring — that’s not his Rihanna ring mind you — with earrings, necklace, bracelet, and studded Gucci belt to match, and that’s not even going into his EDC.

Rocky’s casual style is a masterclass in easy drip, as the kids say. No fuss, no muss, just killer clothes worn with effortless ease, epitomizing the disaffected cool dad.

He’s married to the only person more stylish than himself, after all, so props to Rocky for making swagger look so simple.

In this article:ASAP Rocky, Fashion, Rihanna