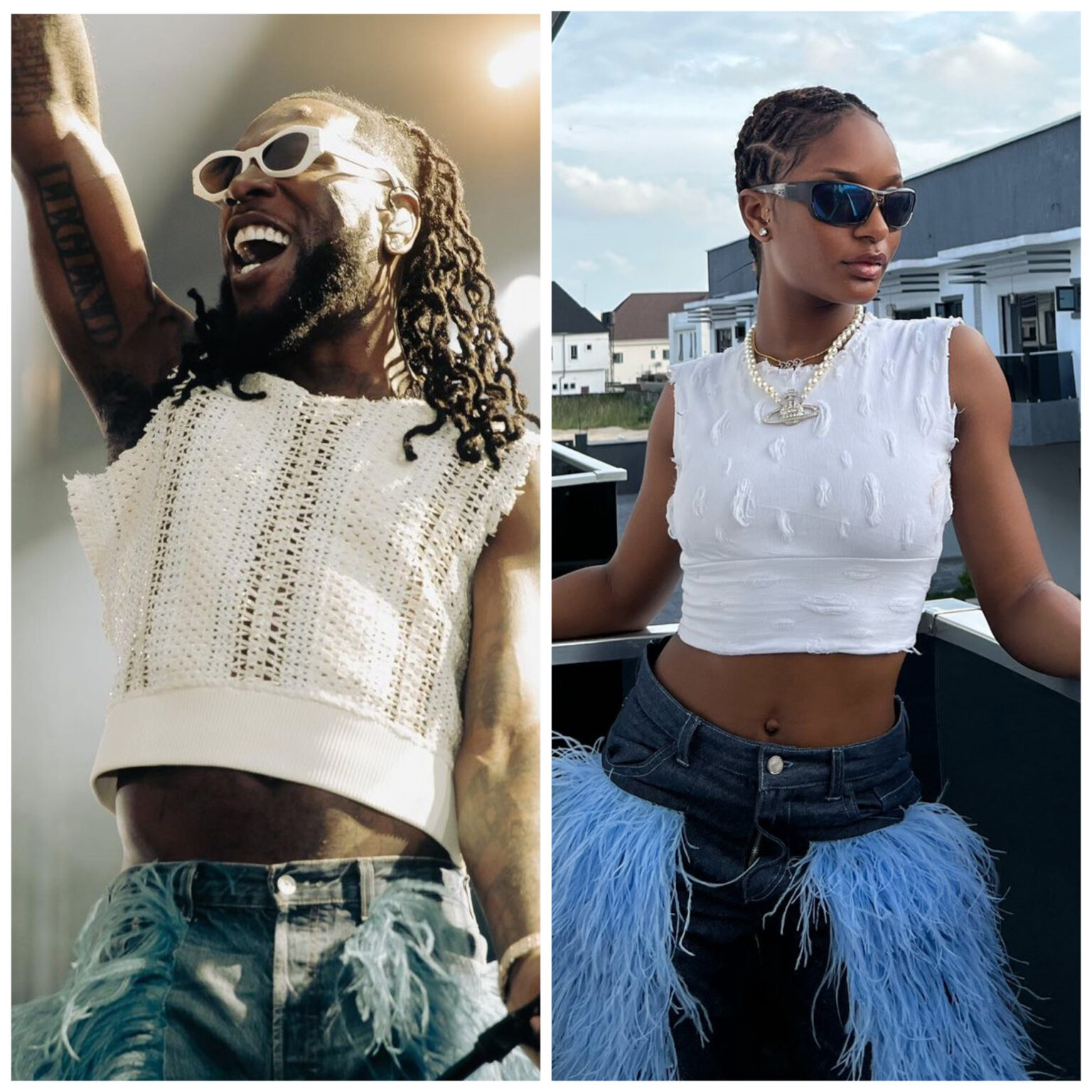 Burna Boy’s performance at Kadetten Music Festival was a blast and his outfit for his performance was “blast-er”(if that is a thing).

When photos of his outfit were shared on social media, tweeps on the blue bird app, Twitter, began to compare his outfit and Mavin record singer, Ayra Starr‘s outfit.

Burna Boy was spotted in blue jeans with a feathery design, paired with a white sleeveless crop top accessorised with white sunglasses.

However, Ayra Starr also posted a photo of herself on Instagram rocking the same look, as she captioned it;

As usual, we all know “Odogwu” is one of Burna Boy’s nicknames. See a photo of Ayra Starr’s outfit below;

Now, here is a photo dump of both celebrities.