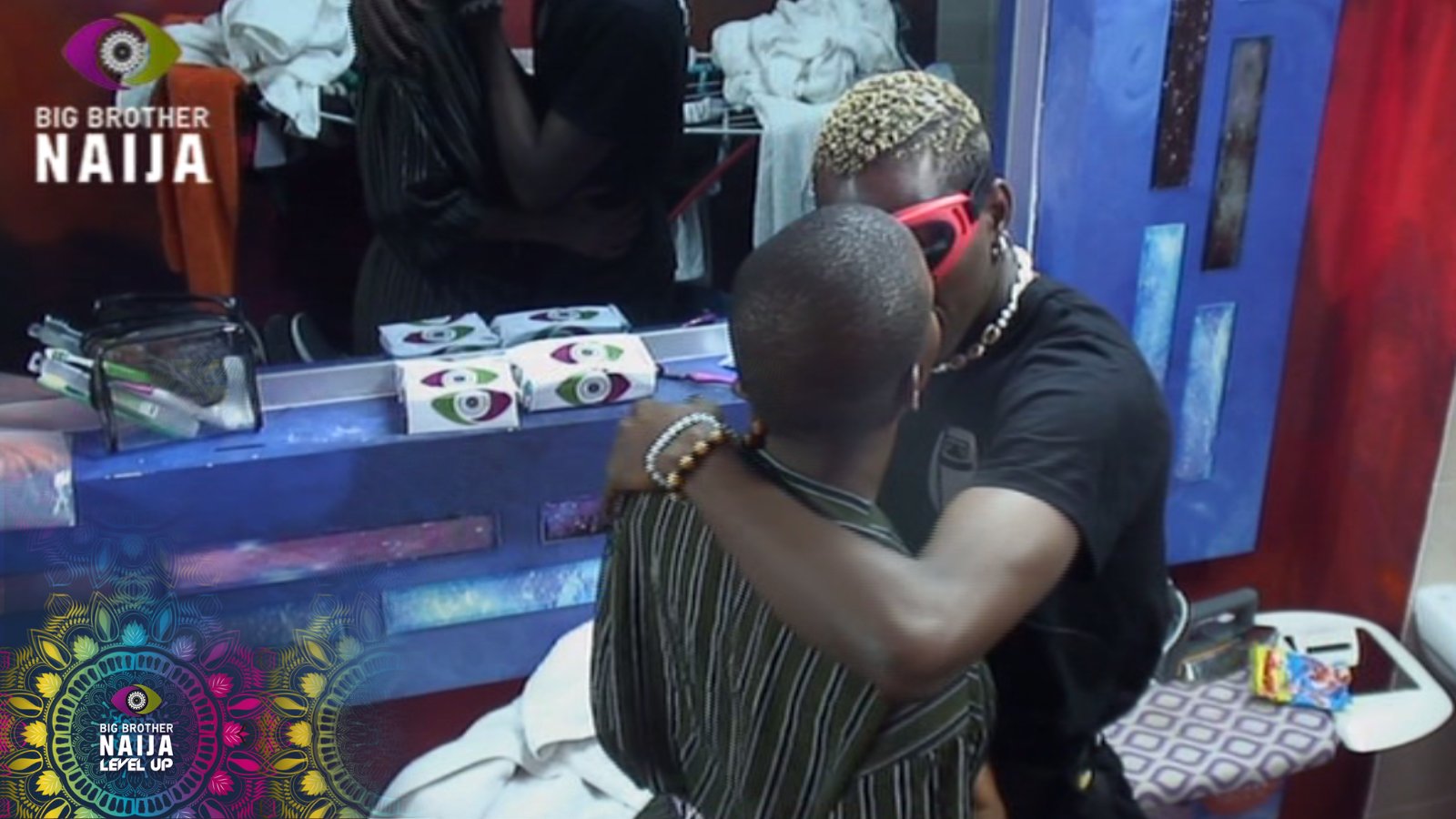 Allysyn and Hermes seem to have fallen for each other but this feeling doesn’t seem to sit well with Allysyn who expressed disgust for her ship with Hermes while having a chat with Daniella.

Earlier, Allysyn and Hermes were spotted smooching and were in each other’s faces during the Pool Party. However, a conversation with Daniella right after the party had us wondering if the person she was just kissing at the pool party was a “ghost”?

During that chat, Allysyn said she didn’t know how the ship started because she just wanted to vibe. Allysyn went on to use words that got viewers shocked!

She said she regretted her ship with Hermes and couldn’t wait to be “disgusted” about her feelings for him. Why did she think falling for a guy with two girlfriends was a good idea?

She asked herself this and so did we. In all this, Daniella advised her to let things be and basically enjoy the ride.

Allysyn’s first ship in the house was with Adekunle before Allysyn decided it was not what she wanted.

Allysyn also spoke on the Adekunle saga to Daniella saying she gravitated to him for security but with Hermes, it was raw passion.

So the question stands. Is Allysyn about to serve Hermes breakfast?