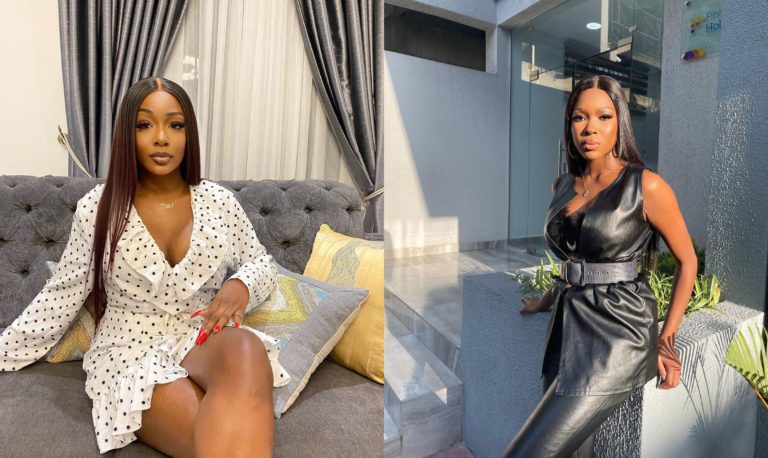 Ex-Big Brother Naija Housemates Vee Iye and Tolanibaj have settled their longtime beef and were spotted partying together in Lagos.

The ex-Big Brother housemates shocked fans as their were spotted dancing together at a party on Wednesday night alongside singer Buju.

Vee and Tbaj had been friends during the BBNaija Lockdown edition, but their relationship became sour after the show.

The duo had come to loggerheads at the Big Brother Naija Lockdown reunion show, getting into a serious battle of words that ended with Tbaj throwing a pillow at Vee.

The argument began after Prince accused Tbaj of being with Neo when she supposedly wanted to be with him.

Replying to him, Tbaj said, “I was using Neo to make you jealous. Because you’re not man enough“

When it was Vee’s turn to speak, she expressed her disappointment at Tolanibaj for saying she was open to being with Neo after the show, all the while knowing they were dating.

“It’s painful because, why would you do that? Taj, your friends, would be watching you on tv and be shocked. Why would you say you’re not desperate, and you were saying if Neo comes out and is still interested in you, you’re okay with that?”

While Vee and Tbaj are yet to confirm their reconciliation, their outing comes just after claims that Neo and Vee broke up took social media by storm.

Not officially confirmed, the two have taken down photos of them together from their Instagram page and also unfollowed each other.

Responding to claims that they called it quits, Vee said in an Instagram live, “Mind your business, because when I go home, you’re not here with me.

“I have never come on social media to announce any part of my personal life, and it’s never going to happen now.”

We have to admit that we are relieved to learn that ex-BBNaija stars Vee and Tolanibaj are doing well. Cheers to lovely friendships!

Watch the video below