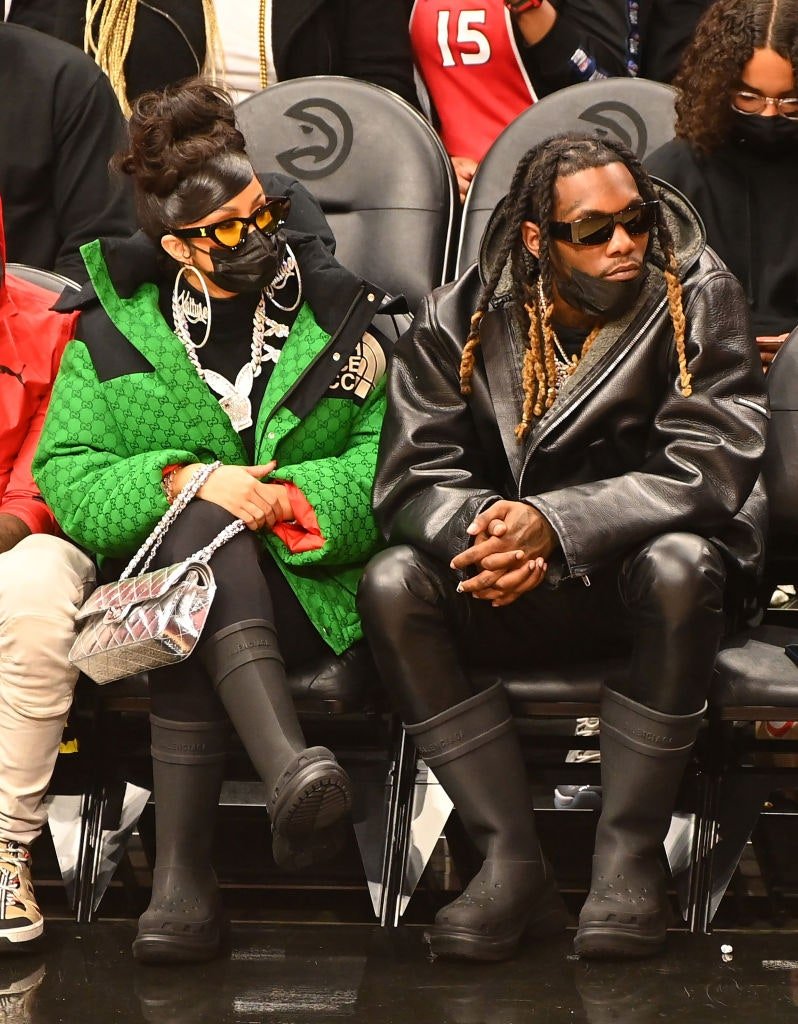 January 2017 saw the release of “Lick”, the collaborative track between Offset and Cardi B. The following month the rappers were sighted at the Super Bowl and rumours circulated in the Twittersphere that the two were dating. That same year, while the world was obsessing over Cardi B’s first Billboard chart-topping single “Bodak Yellow”, the two secretly wed in Bronx-born Cardi’s bedroom, reportedly wearing matching tracksuits.

Five years on and more than three break ups (that we know of) between them later, the couple are going strong. The hip hop royals are easily the best-dressed duo in rap, putting even Jay-Z and Beyoncé and Rihanna and A$AP Rocky to shame when it comes to their sartorial efforts.

Whether it’s courtside at a Hawks versus Celtics match in Atlanta or on the streets during Paris Fashion Week, you can always count on Cardi B and Offset to make a splash. They’ve got a playful, OTT aesthetic that comprises ultra-fashionable looks from brands such as Balenciaga, Schiaparelli and Chanel.

Below is every instance when they “came through drippin’.”

This article was originally published on GQ

In this article:Cardi B, Celebrity, Fashion, Offset