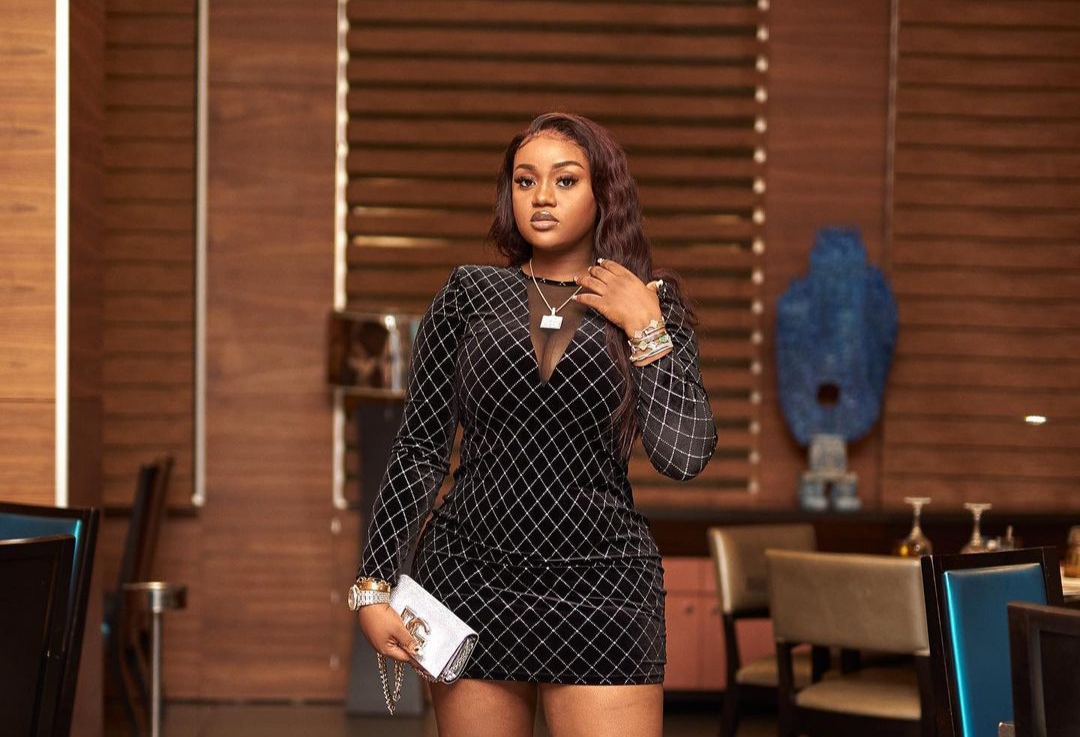 Chioma Rowland, makes her first public appearance after some weeks away from the public’s reach.

Davido’s alleged wife who had since taken a break from social media following the loss of her son, Ifeanyi Adeleke, made an appearance at the inauguration event in Osun State.

Chioma Rowland alongside the singer Davido, was present at the swearing-in ceremony of Ademola Adeleke as the Governor of Osun State.

The chef was spotted with her father-in-law, Adedeji Adeleke, who had earlier asked about her for a family photo.

Fans and well-wishers are, however, intrigued to see her following the tragic incident.

In this article:Chioma Rowland, Davido, News