Everything You Should Know About "Owambe" Parties in Nigeria

Harrysong Is Off Market as He's Getting Married Soon! 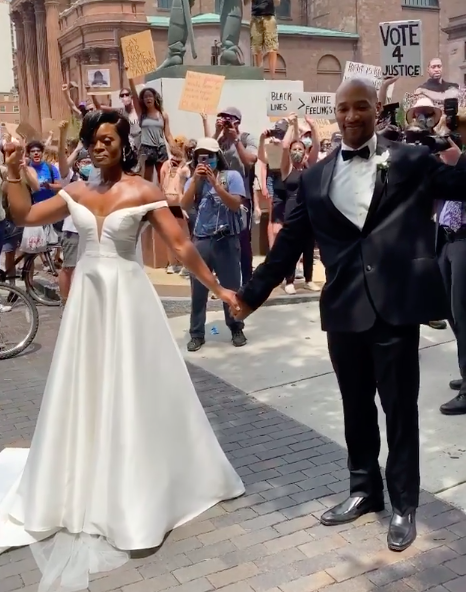 A Black Lives Matter protest in Philadelphia turned into a wedding party on Saturday afternoon when a couple decided to join the march after reportedly taking their vows the same day.

It’s not only heartwarming but very powerful!

The couple, identified as Kerry Anne and Michael Gordon, joined protesters marching to City Hill after their ceremony.

The bride looking stunningly beautiful in her wedding dress, while her husband looked smart in his tuxedo. The crowd parted ways for the couple, who kissed and posed for wedding photos to capture their special day. They then joined the march along the Benjamin Franklin Parkway as the crowd walked toward City Hall.

Let nothing stop you !! We captured the most epic wedding in midst of Philadelphia protest ! S/O @lindamcqueenphotography @marriedbyrevroxy @better_call_sacredpact ! #teamwork #blacklivesmatter

Nigerian singer Bankole Wellington popularly known as Banky W, who recently welcomed a son with his wife Adesua Etomi-Wellington has announced their baby’s name and...

Congratulations keep rolling in for Bankole Wellington and his wife Adesua Etomi-Wellington as they welcome their first child, a bouncing baby boy Zaiah. The...

Everything You Should Know About “Owambe” Parties in Nigeria

What does “Owambe” Mean? “Owambe” is a Yoruba word which when translated to English means “It is there.” Whenever you hear Nigerians talk about...