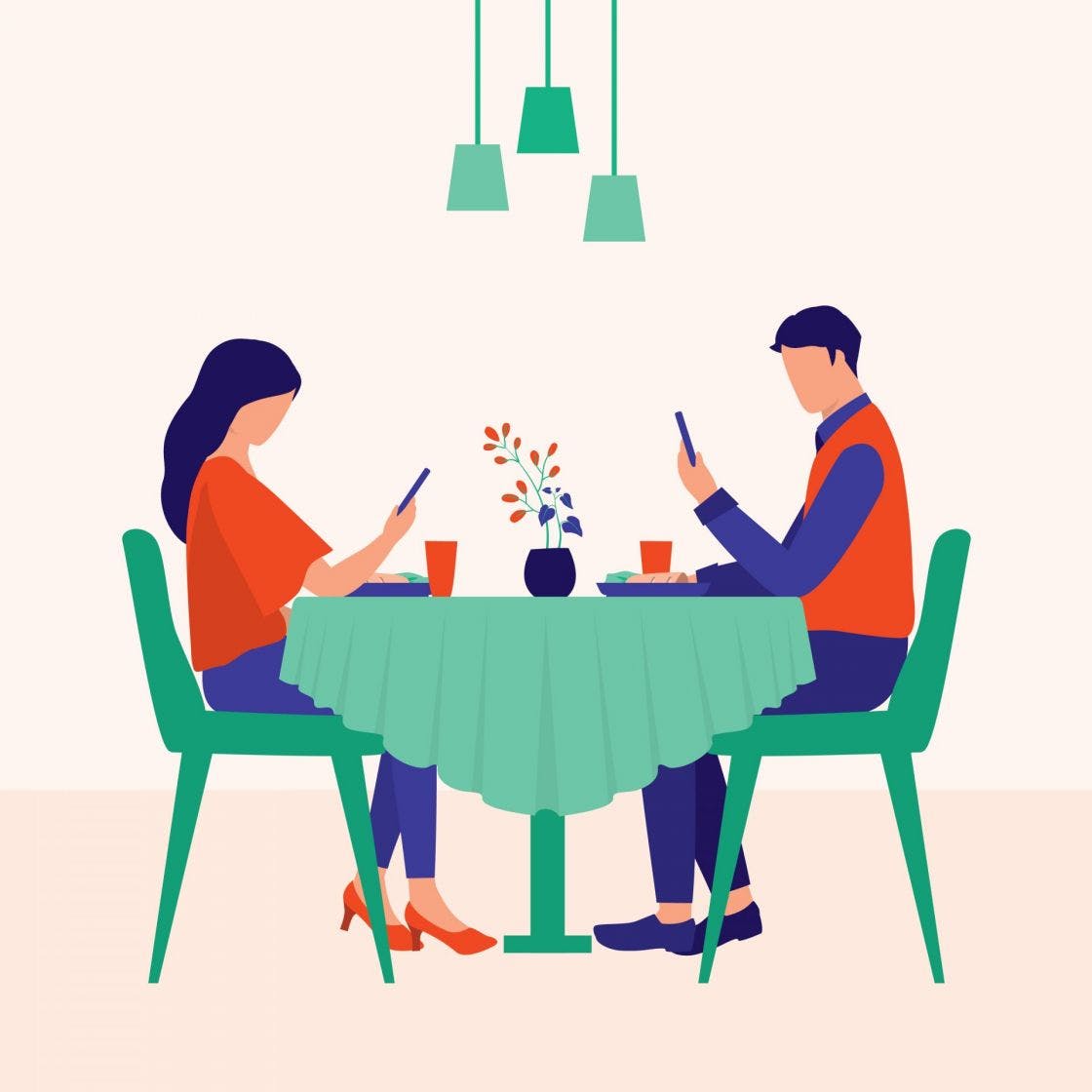 In the world of romance, there is nothing more coveted than the elusive “happily ever after”. Who among us does not yearn for the imagined bliss of enduring love?

But, of course, there’s a reason why our favourite romcoms all end at the beginning of a relationship, or why the best TV couples go through a cycle of fights and break-ups until they get their happy ending in the series finale. Despite our cultural obsession with finding a life-long love, in practice, long-term relationships rarely have the same fizzing, thrilling quality of a new romance.

According to the research of philosophy professor Aaron Ben-Ze’ev PhD, all relationships are destined to transition from a boil to a simmer over time. But there is good news. By tweaking our ideas about how love should feel, we can learn to embrace the transition rather than fear it.

Writing for Psychology Today, Ben-Ze’ev explains the psychological reasons why relationships inevitably lose their spark – and how we can learn to enjoy the simmer of love even more than the initial thrills.

So states an old proverb, as quoted by Ben-Ze’ev. Love, like food, this proverb seems to say, has a tendency to go stale as time goes on – and nothing can ever return it to its original form.

This is a concept that is widely accepted to be true. Long-term relationships have a reputation for becoming more dull and more predictable as the years tick by. We often talk about relationships ‘losing their spark’ after a few months or about ‘rekindling the flame’ in relationships that have become too monotonous. And, of course, we’ve all heard of the dreaded ‘seven-year itch’.

And scientific research seems to back it up.

Hormonally, we are all programmed to begin relationships on a high and it’s normal for this high to decrease as time goes on. “The dopamine hit and excitement of a new relationship can be a real rush, and to some, it is almost addictive,” Caroline Plummer, couples therapist and founder of CPPC, tells Stylist. “It’s understandable that when the ‘honeymoon’ phase is over, some can start to feel bored, despondent and even trapped.”

The emotional impact of change and familiarity

Why do relationships all lose their spark? According to Ben-Ze’ev, it’s largely down to our psychological response to change.

“People typically experience emotions when they perceive positive or negative significant changes in their personal situation – or in that of those related to them,” writes Ben-Ze’ev. “This seems to work against the possibility of enduring romantic love.”

Change, he argues, is emotionally stimulating. And so, meeting someone new and having new experiences with them is exciting. But, of course, it is also unsustainable. “A change cannot persist for an extended period,” he writes. “After a while, we consider the change as normal, and it no longer stimulates us.”

Familiarity, on the other hand, has its own value – while it is less emotionally stimulating, and therefore feels less thrilling, it can lead to something deeper. As Ben-Ze’ev puts it, “While change tends to generate intense, short-term emotion, familiarity tends to produce a more moderate attitude, which can be long-lasting indeed.”

It’s hardly surprising that we are drawn to the heady passion of new love affairs. The emotion of a new romance is intense. But perhaps intensity should not be the goal.

For an enduring love that flourishes long after the initial high subsides, there needs to be a foundation in similarity and familiarity. This tends to come in the form of common interests and shared values.

“While many healthy relationships might start with a higher level of intensity, those that start with a lot of drama – either through a lot of passionate arguments and making up, or even those that start as an affair, often lack the substance needed to go the distance,” says Plummer. “Once the excitement fades, you’re just left with a partner you struggle to see eye to eye with.”

Romance can age like a fine wine – if you let it

If we keep thinking of that tell-tale romantic thrill as the primary indicator of a good relationship, chances are we’ll ultimately be disappointed – the intense, overpowering emotion of a new romance comes from being in a state of change – and no change can be sustained for long.

Instead of looking for ways to inject more newness into our relationships in the hope of reigniting a lost spark, we should perhaps focus instead on nurturing the deeper aspects of the relationship. After all, while a sparkly new bottle of wine might be fun to knock back over the course of a Friday night on the town, an aged bottle of fine wine savoured slowly and carefully might just be worth the wait.

This article was originally published on Stylist | Image: Getty