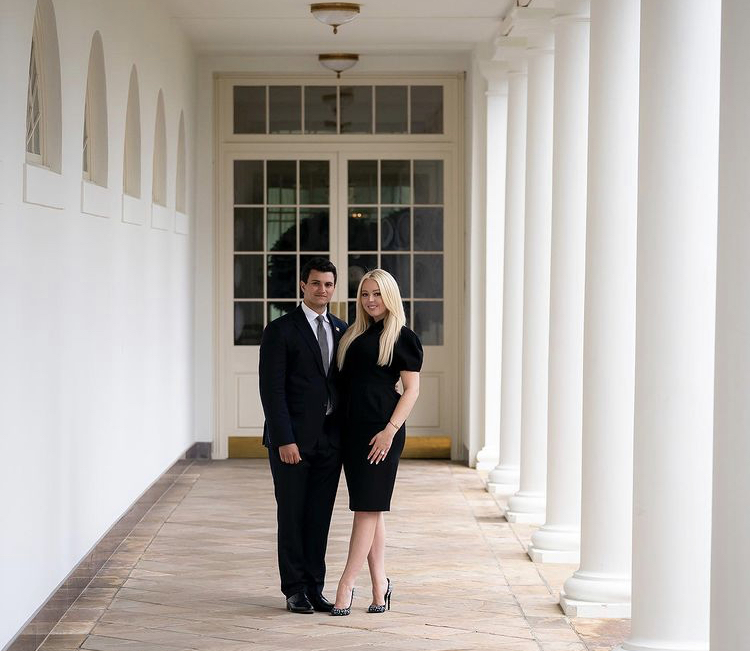 On the last day of Donald Trump’s term as president, his 27-year-old daughter Tiffany Trump, announces her intention to marry 23-year-old Michael Boulos.

Tiffany Trump’s two and a half years boyfriend, Michael Boulos was born in Lebanon, raised and educated in Lagos, Nigeria, and is now based in London, according to New York Times, one of his family’s Nigeria-based businesses, Boulos Enterprises, is a distribution and assembly company for vehicles and they also trade and sell equipment they require.

Also, according to People, met Tiffany at the actress Lindsay Lohan‘s beach club in Mykonos, Greece.

Trump’s daughter, Tiffany made the announcement via her Instagram page on Monday before the Inauguration of president Joe Biden.

“It has been an honour to celebrate many milestones, historic occasions and create memories with my family here at the White House, none more special than my engagement to my amazing fiancé Michael! Feeling blessed and excited for the next chapter! ❤️”

Boulos also confirmed this with a post which he captioned ;

“Got engaged to the love of my life! Looking forward to our next chapter together💍❤️”