Mame Adjei, shortly after graduating from Virginia Commonwealth University in 2014, competed in her first pageant and she was crowned Miss Maryland USA in 2015.

She spoke with Glitz Africa about her favorite eras of fashion and what keep inspiring her as a model. She also talked about her love for fashion and many more.

Here is her interview with the magazine :

We talked about your favourite fashion eras! Tell us why you love fashion in the 70s and 90s.

Fashion in the 70’s was sultry, powerful, and downright badass. I love the body flattering sexiness of bell bottoms to the big platform shoes, and the big afros which was the beginning of black people’s acceptance of their blackness & beauty as is. And I love the authentic effortless beauty of the 90’s; with the short hair looks of Nia Long, Halle Berry, Jada Pinkett etc. (which inspired my recent short haircut 🙂 and slightly baggy pants of Aaliyah, and Janet Jackson. I Love the sexy tom-boyish vibe.

Who would you say influenced your love for fashion?

Seeing models in different campaigns growing is what made me fall in love with fashion. I love the creativity and the ways in which we can express ourselves with fashion, but I’m in no way hung up on the idea that “fashion” means exotic brand names and expensive tabs. 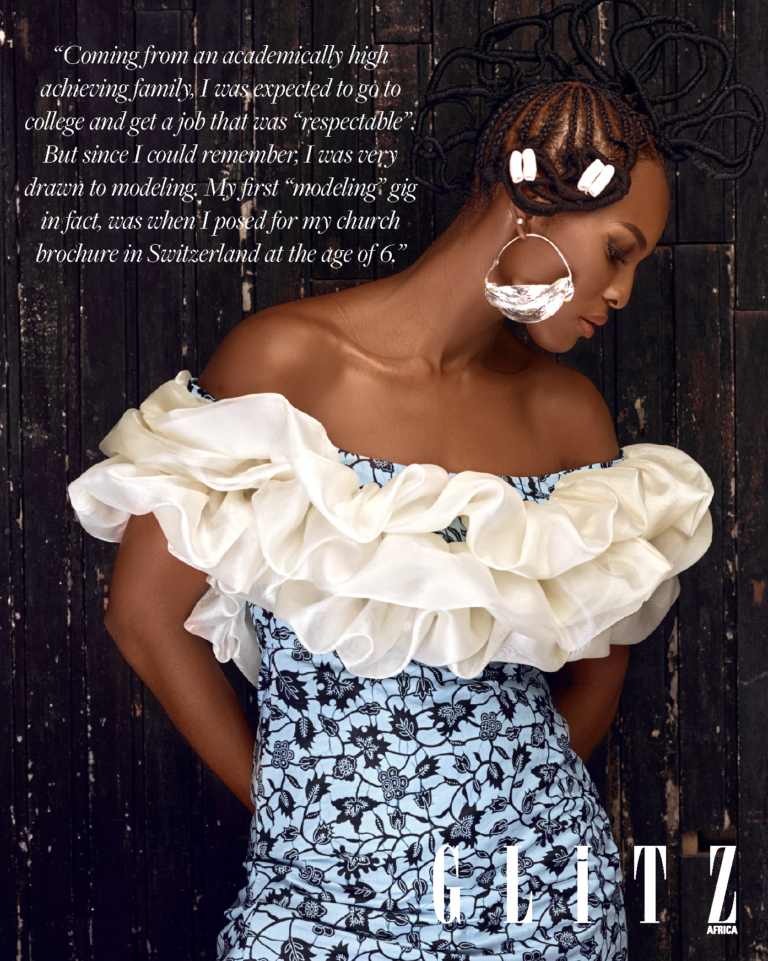 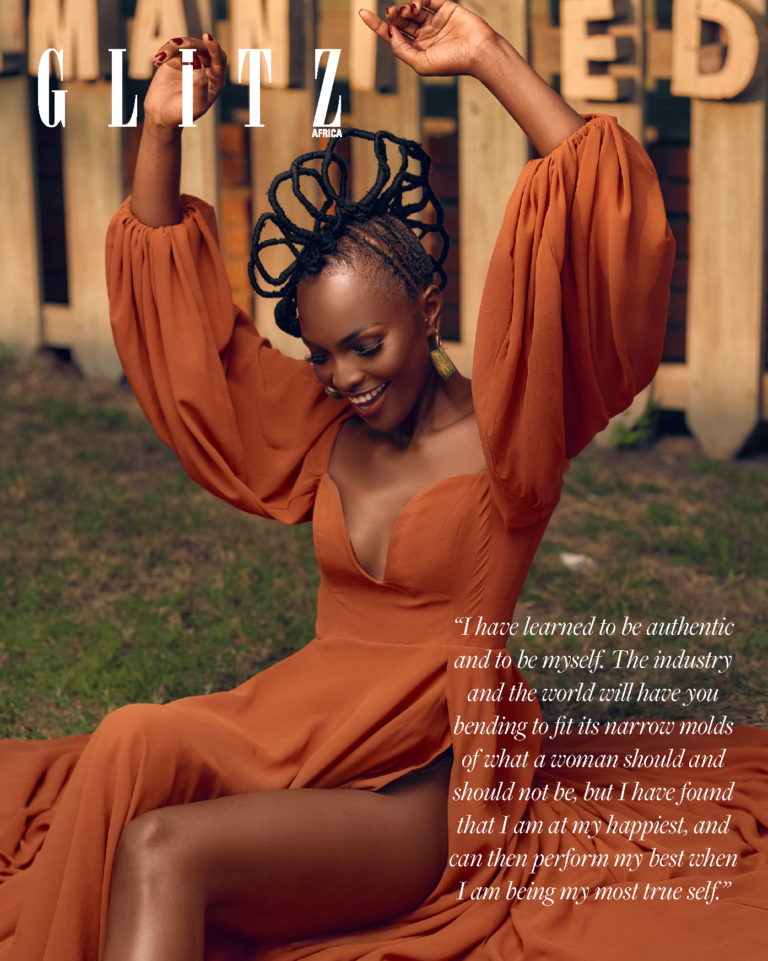 Have you always wanted to be a model?

I always wanted to be a model but never actually thought I could be one full time. I actually never realized it would be a viable career for me because coming from an academically high achieving family, I was expected to go to college and get a job that was “respectable”. But since I could remember, I was very drawn to modeling. My first “modeling” gig in fact, was when I posed for my church brochure in Switzerland at the age of 6! I think I was in love with it ever since.

What’s the biggest lesson you’ve learned as a model?

As a model, I have learned to be authentic and to be myself. The industry What’s the biggest lesson you’ve learned as a model?
the world will have you bending to fit its narrow moulds of what a woman should and should not be, but I have found that I am at my happiest, and can then perform my best when I am being my most true self. Period! 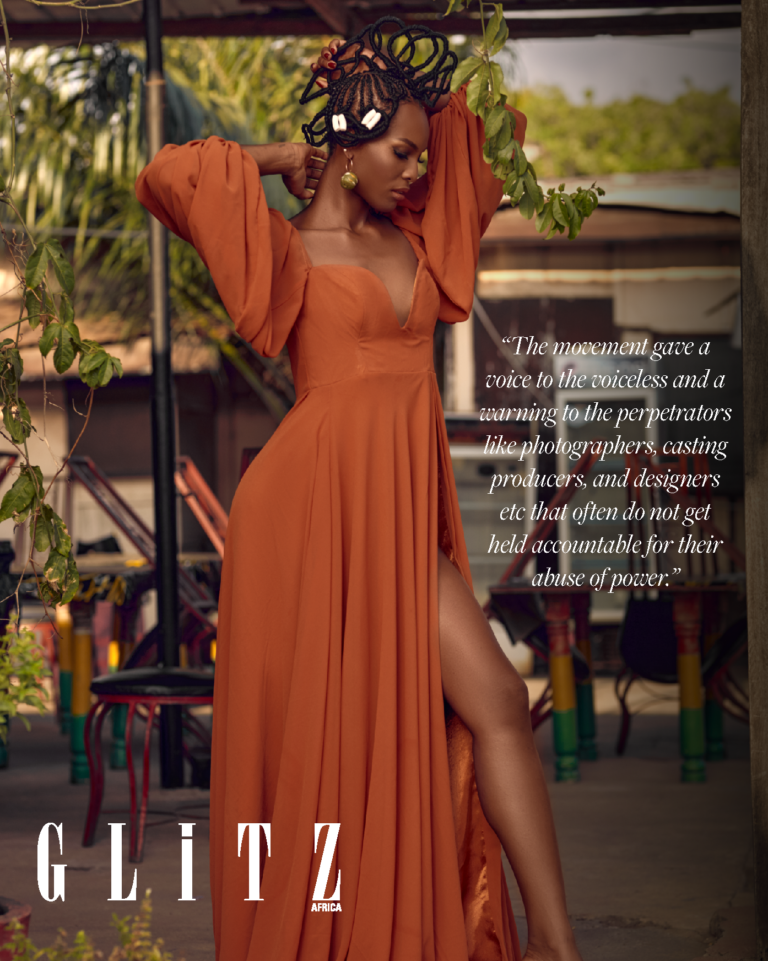 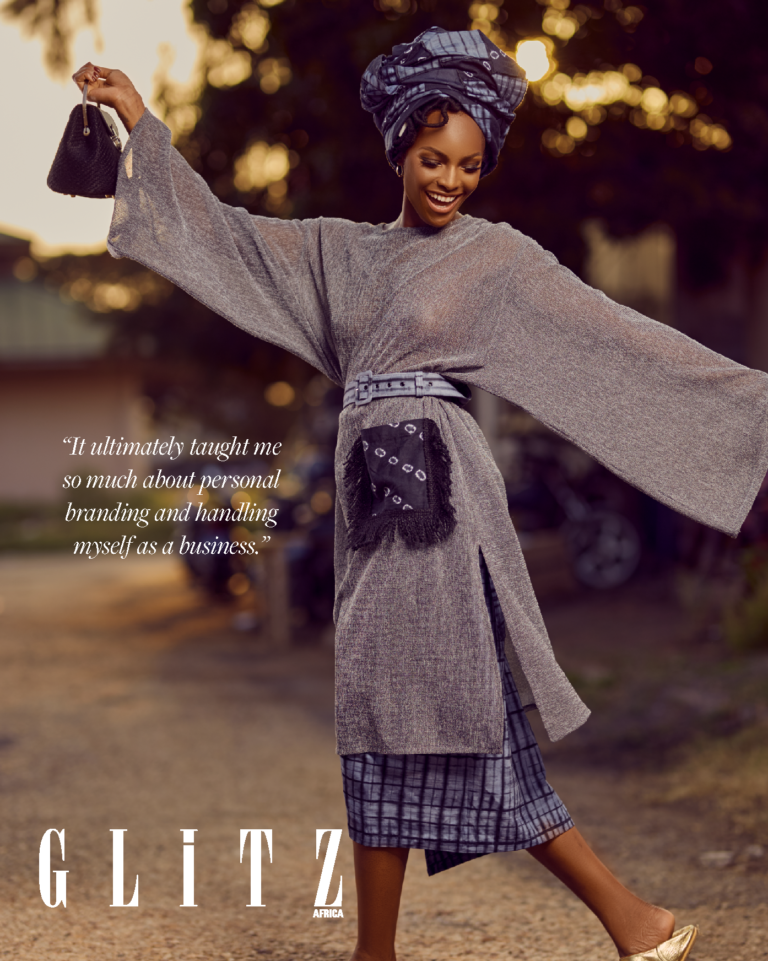 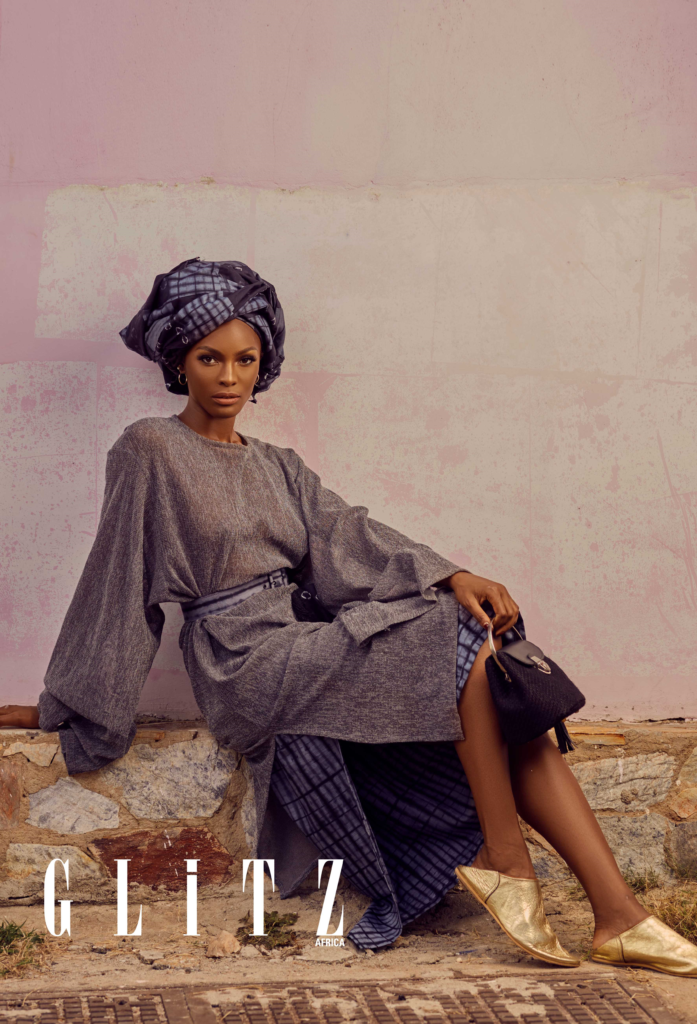 See more on the interview

In this article:Beauty, Glitz Africa, Magazine