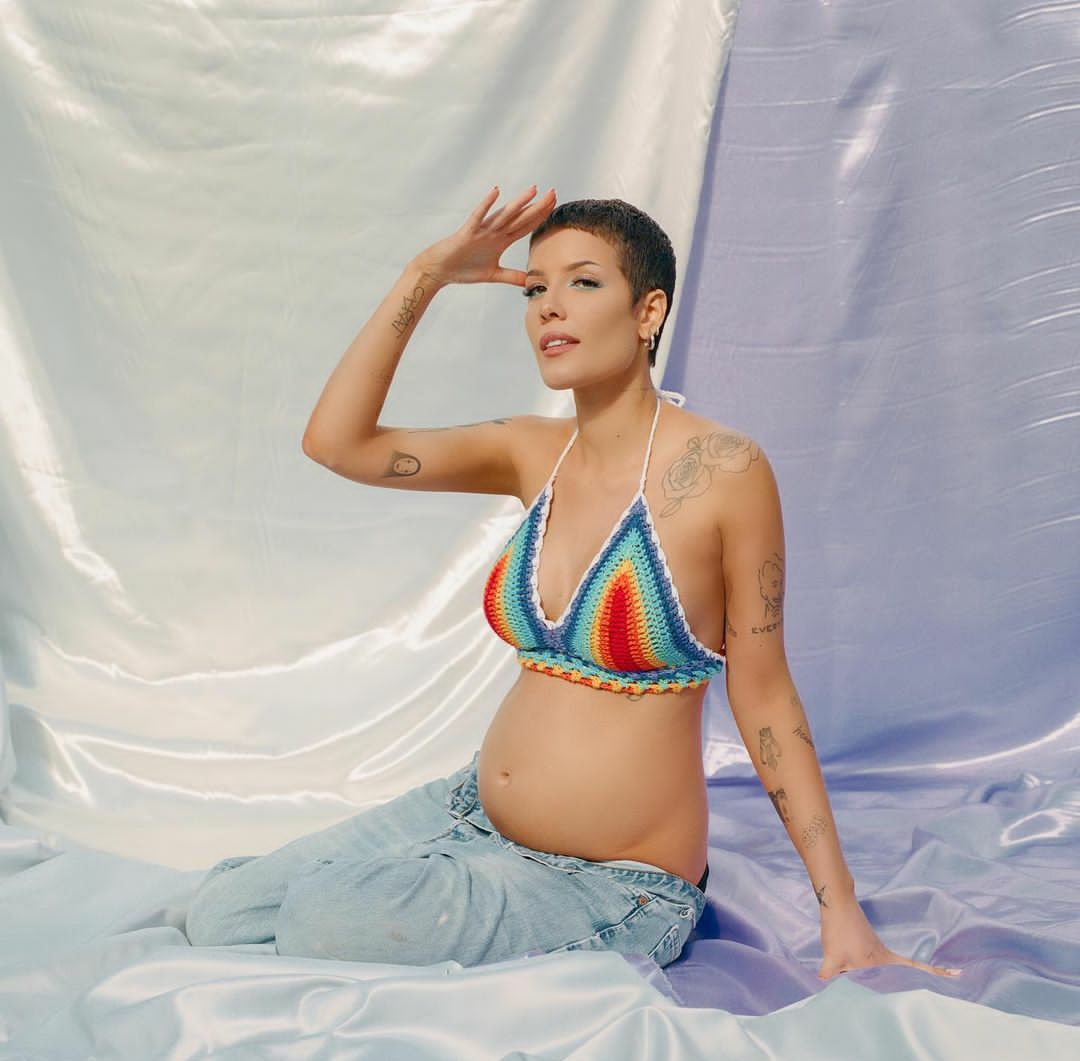 American singer Ashley Nicolette Frangipanie, popularly known as Halsey has just announced that she is pregnant and she is expecting her first child.

The singer, on Wednesday, shared a set of photos of herself in a rainbow coloured crochet bra, she captioned it “Surprise” adding a baby milk bottle, rainbow, and a baby angel emoji.

In the photos which she shared on Instagram, the photos were taken outdoors, she was sitting on a satin backdrop with jeans.

Halsey who had in interview with the Guardian last year revealed going through a miscarriage.

“It’s the most inadequate I’ve ever felt,” she said at the time. “Here I am achieving this out-of-control life, and I can’t do the one thing I’m biologically put on this earth to do. Then I have to go onstage and be this sex symbol of femininity and empowerment? It is demoralizing.”

In this article:Celebrity, Halsey, News