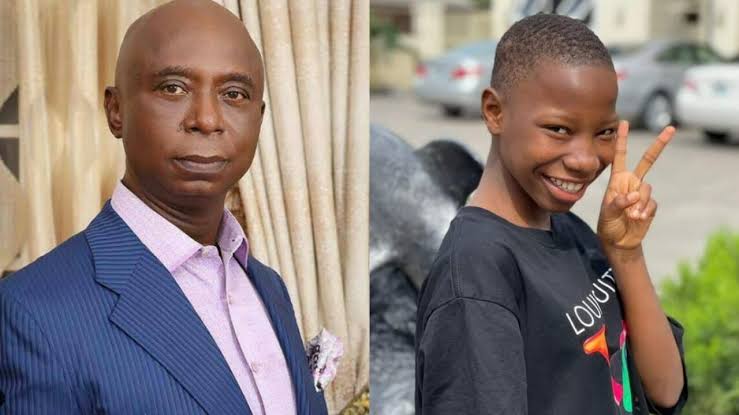 Sequel to the news making rounds that Ned Nwoko is getting married to young comedian, Emmanuella Samuel. The popular business man has debunked rumours that he proposed marriage to her.

Reports had it that Nwoko attempted to get married to the teenage star. It was alleged that Ned Nwoko is in talks with Emmanuella’s family over a marriage proposal list.

However, the husband of actress Regina Daniels, in a post on his Instagram page described the report as “fake news.”

When asked by a fan if he intends to marry Emmanuela, Ned who last week welcomed a son with Regina Daniels said that he has beautiful wives.

The fan with username, @don.makas.165 had asked, “Ned, I hear say you wan marry Emmanuella. Is it true or false?”

Ned responded, ”I have beautiful wives.”

Another fan @jennifereverest24 asked, ”the news about you and Emmanuella, is it true?”

Ned responded, ”It is fake news.”

So, to answer the question if popular billionaire Ned Nwoko is getting married to Emmanuella, the answer is a capital NO!

In this article:Emmanuella, Ned Nwoko, News