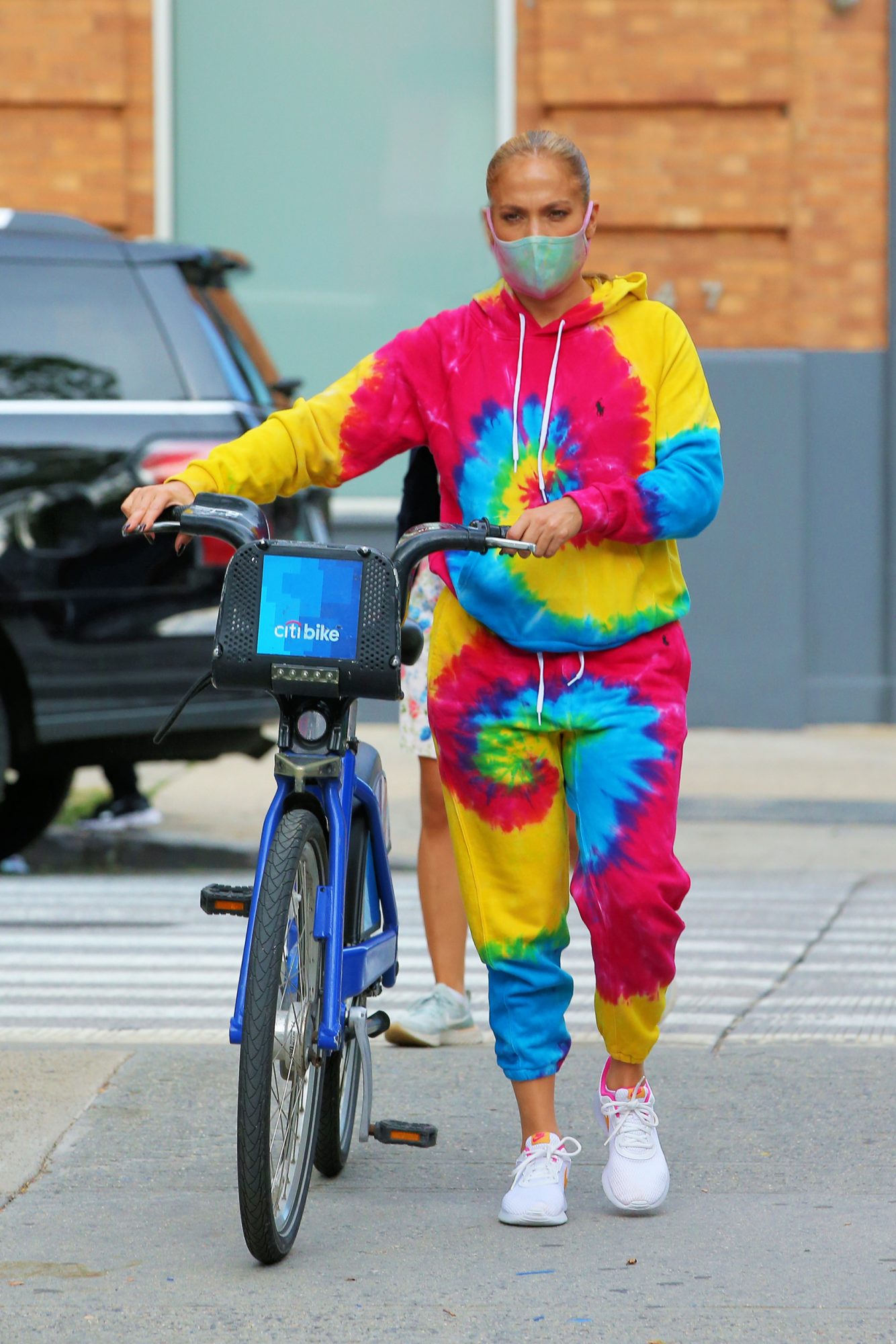 Tie-dye fashion was originally a summer trend. Along the line, it became so popular it was rated among the top trends in 2019.

With its colourful patterns and designs celebrities began to opt in for this trend. Now, tie-dye fits every moment as it can be found on T-shirt, Hoods, Trousers, Shorts and even on sneakers.

American music star Jennifer Lopez also got into the trend as she was also spotted in New York City, in a tie-dye Polo Ralph Lauren tracksuit in a bold, neon swirl print. The set, which doubled as a fashion statement, is sold out on most retailers, and it’s easy to understand why: the hoodie and sweatpants both retailed for under $150. Her vibrant set pretty much made the case for wearing sweats and wearing them proud. She also accessorized it with a tie-dye mask to fully commit to the print, while her crisp, white and pink Nike sneakers finished off the look with sleek polish.

Whatever it is, everyone is clearly manifesting fall. Probably because the quicker fall comes, the quicker the year — and the apocalypse — is over. Kidding! But considering tie-dye sweats were there when we needed them most, it’s apt that they’d make a grand reappearance, ushered in by Lopez, for the second half of the most dramatic year ever. It’s basically like the half-time of 2020, which really kicked off in the worst way mid-March, so we all might as well dress like JLo for it.

Here’s where you can shop Tye-Dye Outfits