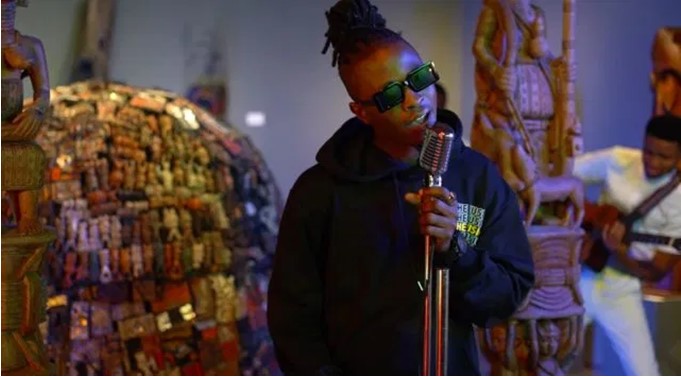 Big Brother Naija ‘Lockdown’ winner, Olamilekan Agbeleshe, who is popularly known by his stage name as Laycon has dished out the song ‘All Over Me’ from his new album ‘Shall We Begin’ in a recent episode of Grammy Recording Academy Series ‘Press Play At Home’ on July 1.

The rapper succeeded in earning rave reviews from the Acadamey board who patted him on the back for taking influences from great artists like Fela Kuti, Orlando Julius, and Burna Boy while creating a new genre in Afrobeat, ‘Afro Rap.’

“Afrobeats may be a less-known genre stateside, but anyone interested in the qualities of human conversation should dig into the sound immediately,”

“From Fela Kuti to Orlando Julius to Orchestre Poly-Rhythmo, the genre contains the rhythms of a ripping conversation—one you don’t want to end.

“And from Antibalas to Burna Boy, the younger generation of Afrobeats artists is taking up the mantle, too.

“For a fresh example of this, meet Laycon, a Nigerian Afrobeats/Afrorap artist who makes performing this music seem as natural as breathing.”