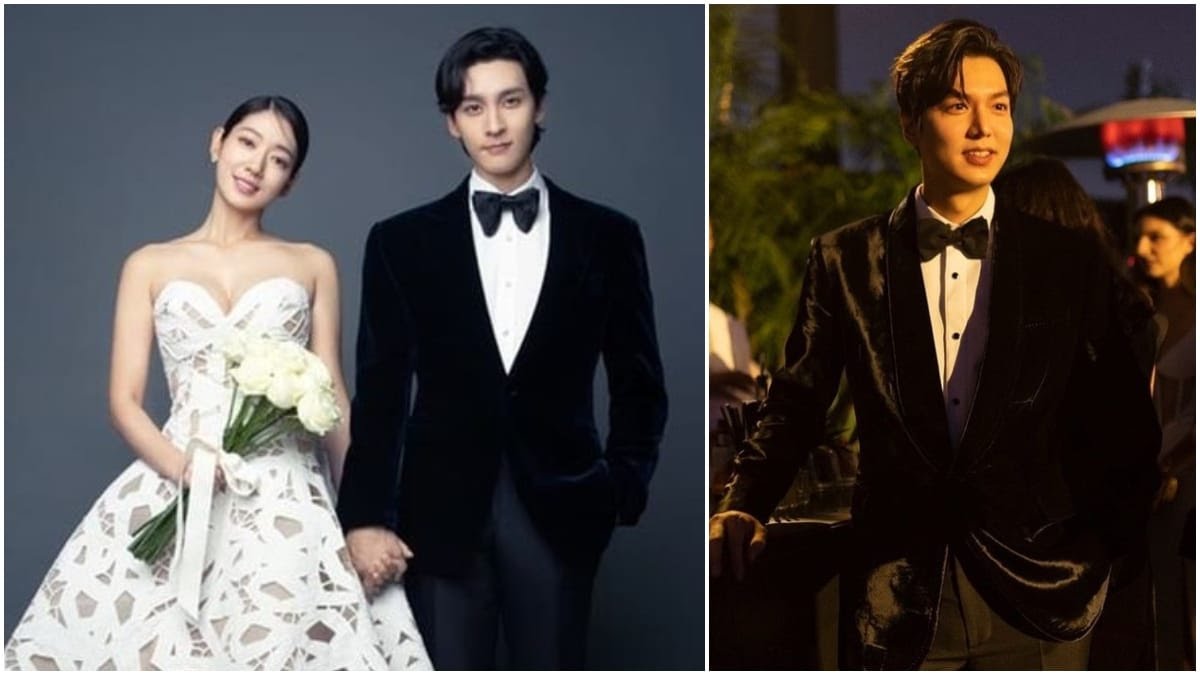 Popular Korean actor Lee Min-ho congratulates his ‘The Heirs’ co-star in a rather funny way.

The Heirs actress, Park Shin-hye got married to her longtime boyfriend Choi Tae-joon on Saturday, January 22. The couple shared dreamy pictures from their wedding shoot. Lee Min-ho, who starred opposite Shin-hye in Heirs, took to social media to congratulate her in a rather witty way.

Lee Min-ho took to Instagram to share a selfie. The actor looked dapper in a suit. He also shared a picture of the wedding invite sent by Park Shin-hye.

However, the actress addressed Lee Min-ho as Kim Tan on the card, which was his character’s name in ‘The Heirs.” “Do I congratulate you? wrote Lee Min-ho, while sharing the post, parodying his famous line ‘Do I like you?; from the K-drama.

Park Shin-hye and Lee Min-ho played lovers on K-drama The Heirs (2013). Fans loved their on-screen chemistry in the series. Fans were elated to know that Min-ho attended Shin-hye’s wedding.