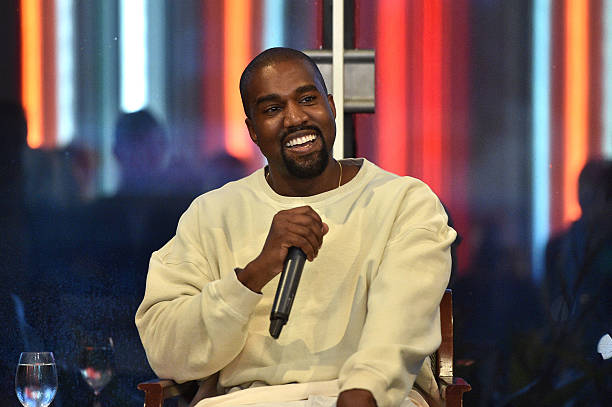 In early October, during Paris Fashion Week, the rapper wore a “White Lives Matter” shirt which didn’t sit well with Black people. He then embarked on a long-running litany of conspiracy-minded and antisemitic remarks.

In a now-deleted tweet, he said, “When I wake up, I’m about to go Death Con” on Jewish people.” As a result, many companies have been cutting ties with him.

Here is a list of companies that have recently cut off ties with Kanye.

Kanye has accused Adidas of stealing his designs and it seemed like he wanted out of the contract.

Adidas announced conducting a “thorough evaluation” of the relationship, they declared on October 25 that its collaboration with Ye was over and that they will no longer sell Yeezy or pay any money to Kanye and his companies.

“Adidas does not tolerate antisemitism and any other sort of hate speech. Ye’s recent comments and actions have been unacceptable, hateful and dangerous, and they violate the company’s values of diversity and inclusion, mutual respect and fairness,”

Adidas said in a statement

Conservative pundit Candace Owens, who posed in a “White Lives Matter” shirt with Ye in Paris, tweeted on Oct. 12 that Ye had been “kicked out” by JPMorgan Chase Bank. She included a redacted letter with the subject line “IMPORTANT: Closing of Our Banking Relationship.”

“I was told there was no official reason given, but they sent this letter as well to confirm that he has until late November to find another place for the Yeezy empire to bank.”

Balenciaga, which had Kanye walking in its Paris Fashion Week show a day before his “White Lives Matter” fashion statement was one of the first to cut ties with him on Oct. 21.

Balenciaga and its creative director, Demna, collaborated with and inspired West in the past, and “engineered” his Yeezy Gap collaboration.

“Balenciaga has no longer any relationship nor any plans for future projects related to this artist.”

the brand’s parent firm, Kering, said in a brief statement.

In September, before the Paris Fashion Week saga, Kanye and Gap broke off their partnership after West claimed the company had violated their contract, the retailer said on Tuesday that it has now shut down its Yeezy website and is “taking immediate steps to remove Yeezy Gap product from our stores” because “antisemitism, racism, and hate in any form are inexcusable and not tolerated in accordance with our values.”

Both Twitter & Instagram suspended Kanye on Oct. 10 after a series of antisemitic posts that included an Instagrammed screenshot of a text conversation with Sean “Diddy” Combs where Ye accused Diddy of being controlled by Jewish people.

On Twitter, the rapper threatened via Twitter to “go death con 3 on JEWISH PEOPLE,” fumbling the “DEFCON” label of the United States defence-condition readiness alert system.

Both companies said they had removed offensive content posted by Kanye and had restricted his accounts. The duration of the restrictions is unknown.

Kanye had a 10-album contract with Def Jam that was fulfilled after the release of “Donda” in August 2021. A person familiar with the deal confirmed to The Times on Oct. 16 that the rapper is now a free agent. The label is also reportedly no longer distributing releases from the rapper’s Getting Out Our Dreams (G.O.O.D.) imprint.

It remains uncertain whether any major recording company, some of which are publicly traded, would take West after his recent outbursts — even with his string of 10 consecutive No. 1 albums. He could always release his next effort without a record company’s backing, as he did in February with “Donda 2,” available only via his $200 Stem streaming gizmo.

Later on Oct. 25, Foot Locker announced that it was pulling Yeezys from its sales floors and asking employees to hold them in stores’ backrooms pending further instruction, according to Footwear News.

Apart from these companies, many others have cut ties with Kanye. Jaylen Brown and Aaron Donald of Donda Sports – professional athletes signed to Kanye’s sports brand, Kim Kardashian, CAA – a talent agency that represent him during touring and last did so in 2016, Anna Wintour of Vogue, JP Morgan, his lawyers have all cut ties with him.

Forbes also published an article in which they reveal Kanye is no longer a Billionaire.