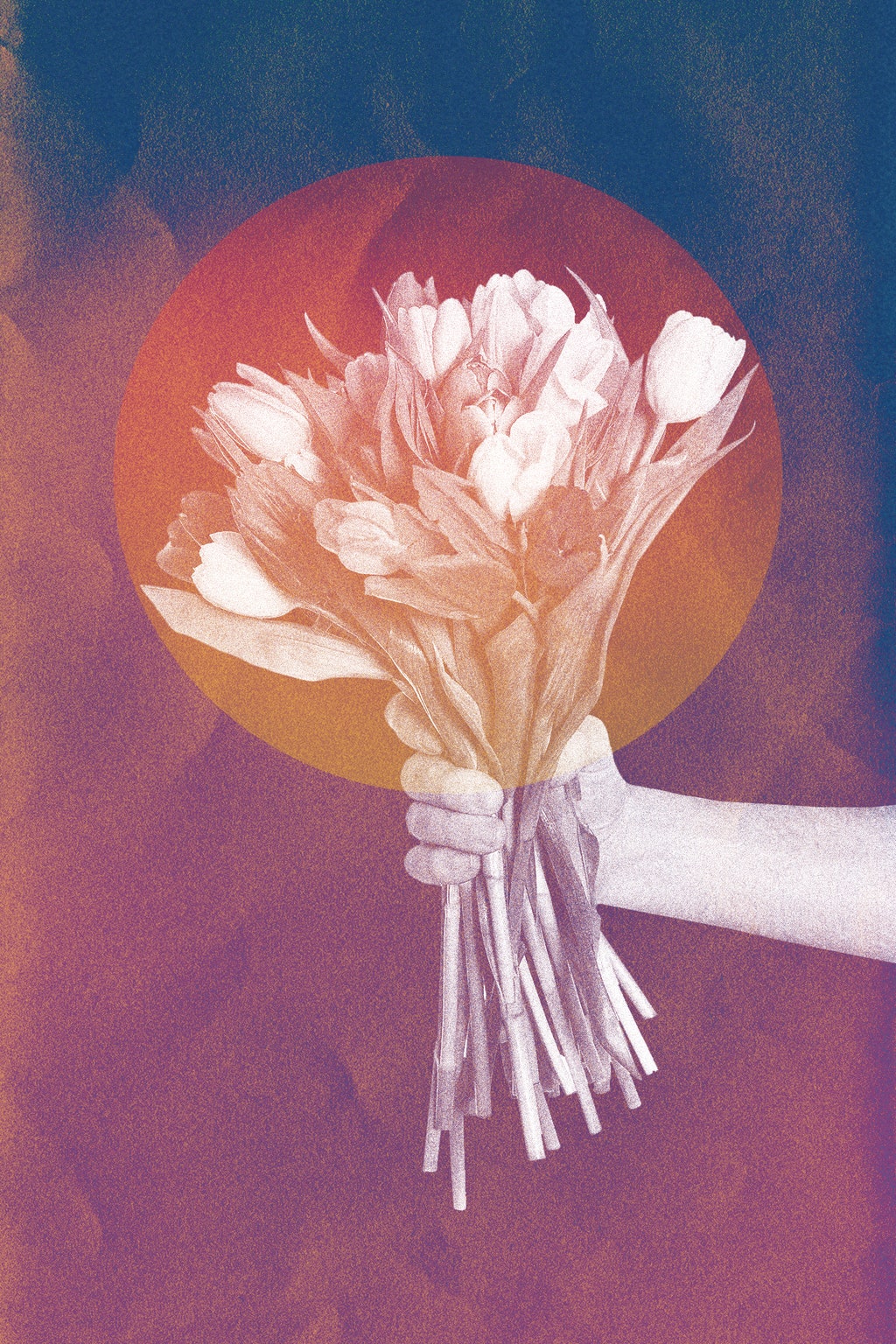 “He told her he couldn’t do it anymore,” my friend said down the phone. She was gossiping about someone she knows who’s just been dumped by her boyfriend.

“Why?” I asked her. “They seemed so good last time I saw them together? They were sat on this picnic blanket, and he was all like, ‘Do you have enough room, babe?’”

“I know, but apparently that was the problem: he liked her too much.”

A week later I heard a similar story from another friend about another breakup. “He said he wasn’t good enough for her, that she deserved better.” It reminded me of the scene in Bridgerton when the Duke of Hastings tells Daphne: “It is because I regard you so highly that I cannot marry you.” Someone tweeted a screenshot of the scene under the – correct – caption “fuckboys in 1813”. I’ve even had a guy use this explanation on me before – that teacher guy I really fancied said, “I may have got really insecure…” in reference to why he’d stopped messaging me after our first date.

“Yeah, that’s complete bullshit,” said my friend Matty when I asked him about the “I like you too much” excuse over WhatsApp. “Why would you not want something that would make you much happier? Most of the time, the guy’s probably ending it because he wants to get with other people, or he’s found a better option. They just say, ‘I don’t think I’m good enough for you,’ because if you tell women the truth they give you so much ag, sometimes it’s easier to lie.”

“I’d way rather hear the truth,” I replied.

“So you’d wanna hear why that teacher guy didn’t message you?”

I thought about what he might have said if he was honest. Maybe he found me too keen. Maybe I wasn’t his type. Maybe he went on another date with someone he had a better connection with. Maybe she had one of those lines running through her stomach dividing up her abs. Maybe her hair was so glossy and long it reached the bottom of her ribcage. Maybe my hair was in that frumpy triangle shape it makes when the ends of my bob refuse to curl under. Maybe my shoulders were shrunken over like a witch. Maybe it was better that he did actually just lie to me.

Now I’m thinking about it, I reckon women lie like this just as much as men. We like it so much that we’ve invented our own version of it. In season two, episode 18 of Sex And The City, Carrie finds out Big is engaged to 20-something Natasha and she becomes convinced that the storyline matches that of the 1970s romantic drama The Way We Were. In the film, WASPish Hubbell Gardiner (Robert Redford) is madly in love with an activist with wild curly hair called Katie Morosky (Barbara Streisand). Even though Hubbell’s obsessed with Katie, he eventually leaves her because she’s too complicated and passionate, and instead he marries this dull girl with straight hair whom I can’t even remember the name of.

After her epiphany that Big is so Hubbell, Carrie crashes his engagement party and reenacts a scene from the film. She walks up to him, smooths aside his hair, and asks him. “Why wasn’t it me?”

“I don’t know, it just got so hard, and she’s…” Big pauses, looks at the pavement, scraping one shoe against the other.

“And you never did,” she says, and then struts away in her tiny stilettos, shaking her chaotic blonde mane with her hands. She passes a horse-drawn carriage and the animal neighs out, pawing its hoof like it’s ready to run, while its owner reassures it “easy, girl”.

When my ex broke up with me, I ignored most of the reasons he gave and zoned in on the fact that he said he still loved me. One time I rang him crying and kept calling him “a f##king coward”. I convinced myself that we ended because I was ripping apart at the seams with personality and that he wanted to be with quiet girls who said “Can we talk about something else?” if someone brought up politics at the dinner table. Girls whose kicks came from incorporating the cabbage that has been in the fridge for a week into a recipe they were making.

I’m sure the women he was with were interesting, really. That they were good at putting on funny accents when they told stories. That they danced until they were sweating so much that when they waited outside for taxis their hair was wet and cold on the backs of their necks.

And really he was probably begging for me to be too much, for one of us to give each other more than the other needed. Everything was so sparse. Both of us halfway there. Scrolling through ASOS while we lay in bed. Mumbling noises instead of using words because they took more energy to push out of our mouths. What does it even mean to have too much personality? Wouldn’t it just be luxurious to be around someone that had so much of it?

But I needed to think it was because I was “too much”, because I couldn’t take the idea that something might be lacking in me. Men can be flawed and they’re still loveable – you see them in films smashing stuff up and losing their temper, but we’re still cheering them on. Women can’t have anything missing, or no one will care about them. I had to preserve the idea of my perfection. It had to be his problem because I knew what it meant if it was mine.

The friend I was gossiping with about breakups rings me again. “She’s been sleeping with him, keeps trying to persuade him that they can make it work.” One guy who broke it off with me said, “I think we want different things,” and though I gained some weird idea that I had hairy nostrils for a week afterwards, I never thought about him again beyond that. Sometimes lies make you feel better but they often end up haunting you. I tell Matty I still think men should tell the truth about why they’re ending it.

I do believe you can be too much for people. I just don’t believe that’s why relationships end. When it comes to it, that’s what I want from love. Not for my partner to tell me to stop because it’s too much, but for them to ask for me to be more. For pole dancing on street lights and booking dumb trips when you’re drunk. I want that feeling of overflowing, that filled up love, that wait just let me breathe love. Because as Carrie says in her final voiceover: “Maybe some women aren’t meant to be tamed, maybe they need to run free until they find someone just as wild to run with.”

This article was originally written on Vogue