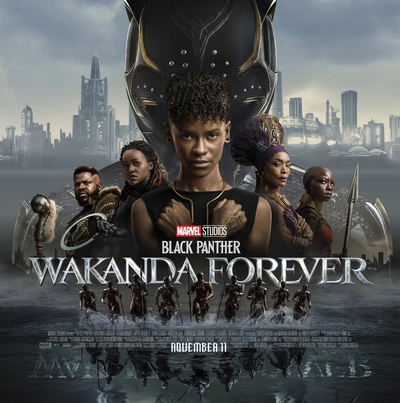 The sequel to the 2018 blockbuster, set for release in November, follows the death of their leader T’Challa (played by the late Chadwick Boseman), as the kingdom of Wakanda prepares for a new threat from an underwater nation.

Marvel Studios released a teaser for the film in July, which included a beautiful rendition of Bob Marley‘s “No Woman, No Cry” performed by Tems.

The highly anticipated film will be released in theaters on November 11, 2022.