Big Brother Naija Season 5 housemate Erica Nlewedim, who got disqualified from the show on September 6th have shown her fans she’s doing ok.

Erica, in her seventh week in the Big brother house happened to be the head of house two times throughout her time in the house. She was asked to leave the house immediately. Read more here

A photo of her surfaced on twitter earlier today by a user who captioned. 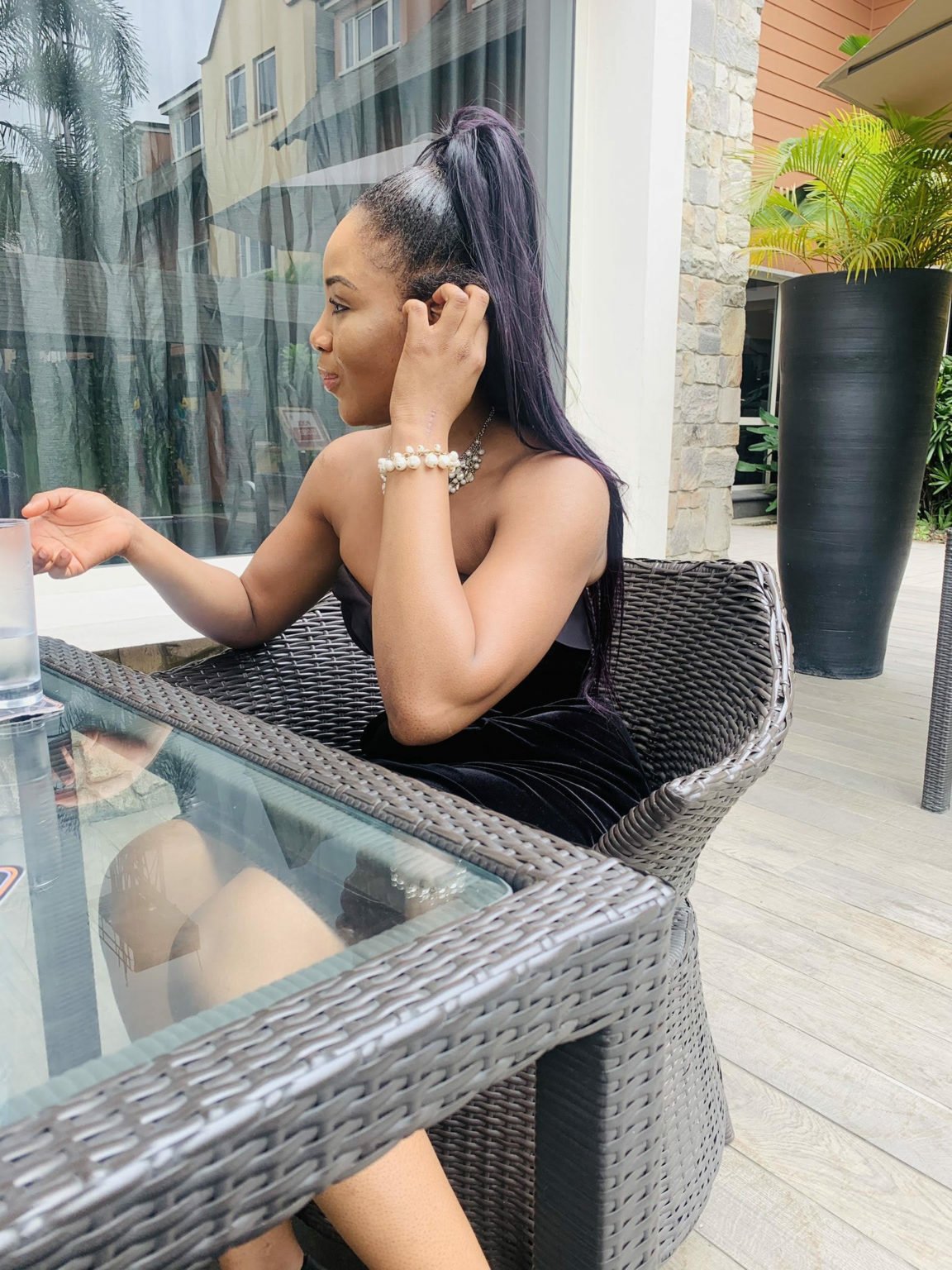 Erica was spotted in a black dress seated outside an hotel building.

In other news, her fans showed love by raising over $14k for her in GoFundMe in less than 13 hours. Read more here

We hope to see more of Erica on our screens and we wish her the very best.