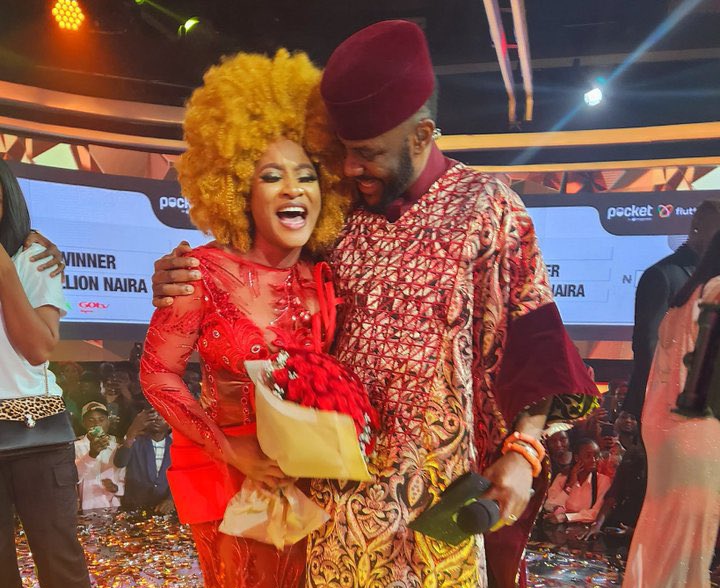 The finale of the show took place tonight and Phyna was crowned winner, while fellow housemate, Bryann emerged as first-runner up and Bella being second-runner up.

Phyna, who won the show, will be walking home with a N100m grand prize— a cash prize of N50m and N50m worth of prizes from the sponsors.

In addition, 30 fans of the show won N1m each in the ‘Fave Lock-In’ promo exclusive to DStv and GOtv customers.

Earlier, four housemates were evicted from the final six contestants.

The evicted housemates include Daniella, Chichi, Adekunle, and Bella were evicted from the reality TV show on Sunday, the final day of the competition.

Recall Phyna broke a jinx in the house by becoming the first Level 2 housemate named the Head of House.

Before her emergence, only Level 1 housemates one the coveted title.
Phyna is undoubtedly one of the strongest housemates who had the biggest fans on social media.

Congratulations for winning the show and being the second female to win the Big Brother Naija show ever.