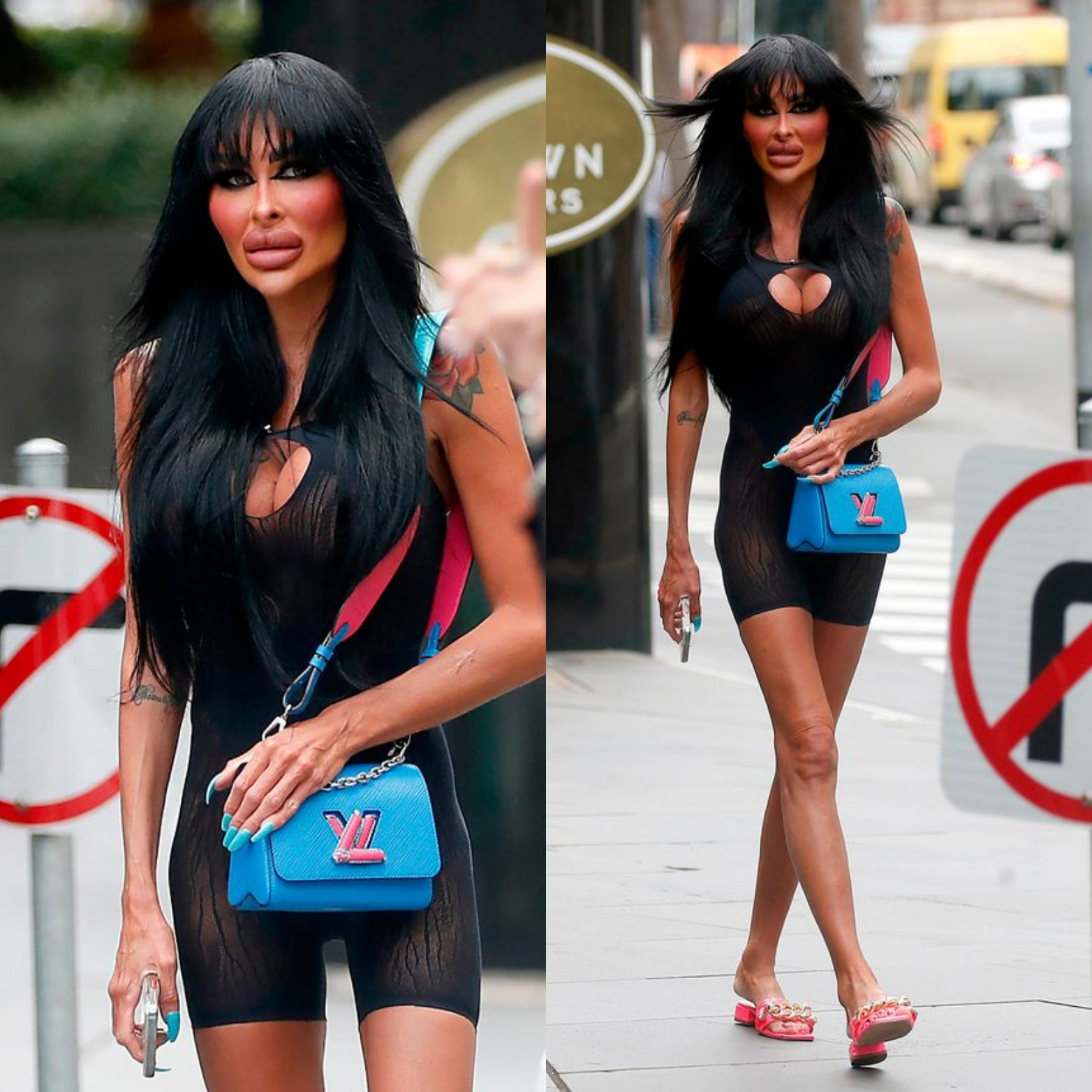 Tara Jayne McConachy, who describes herself as a “plastic surgery Queen” or “human Barbie doll”, flaunted her extreme look when she stepped out this week.

The 33-year-old was spotted in Melbourne on Tuesday, March 15, as she visited posh Japanese restaurant Nobu with her mum.

The tattooed nurse wore a skin-tight romper that emphasised her surgically-enhanced body and tanned complexion.

Tara shot to fame after appearing on Botched, a show about plastic surgery that airs on The E! channel.

She has spent $200,000 AUD on her appearance over the years. She’s had five boob jobs and her most recent implant size is a whopping 1050cc.

Tara has also had a tip rhinoplasty, buttocks implants, veneers, Botox and fillers.
She revealed that she is not done with the plastic surgeries.

The TV star previously had much larger breast implants, however she took them out because they gave her back problems.