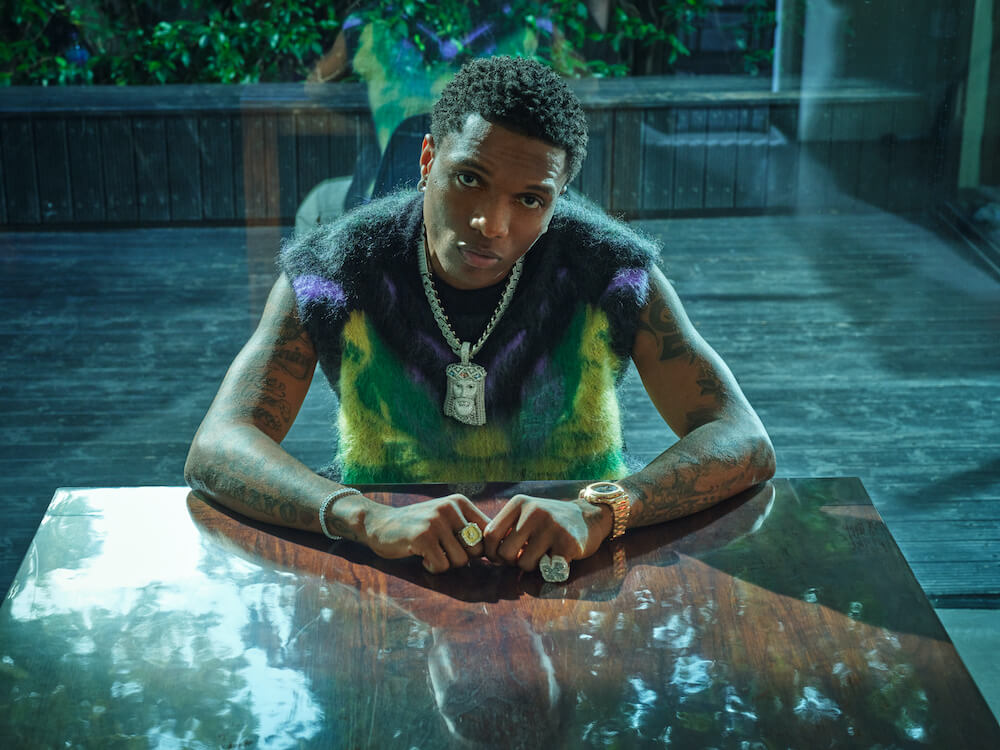 Wizkid has listed his top African rappers, following his recent interview with 10 Magazine. In his interview, wizkid spoke about afrobeat and rap music which he describe as “dead.”

Wizkid reveals that he does not listen to rap music. Stating that the genre of music bores him as “these guys do the same shit, rap on the same beats, same flows.”

“Afrobeats is the new pop,” he says, energy heightening. “I sold two million copies in America off of one song! Even some American artists don’t have a diamond record. If I’m being honest, I don’t listen to any other genre of music anymore.”

“I don’t listen to rap – that shit is boring to me, It’s dead now, it’s tired. These guys do the same shit, rap on the same beats, same flows.”

Wizkid further took to his social page to list his top African rappers. To our surprise, no Nigerian rappers made this list.

“Y’all not even rappers! Nasty c/Sarkodie/Black Sherif are the only rappers in Africa. Y’all dumb f##ks”

In this article:Entertainment, Featured, Music, Wizkid