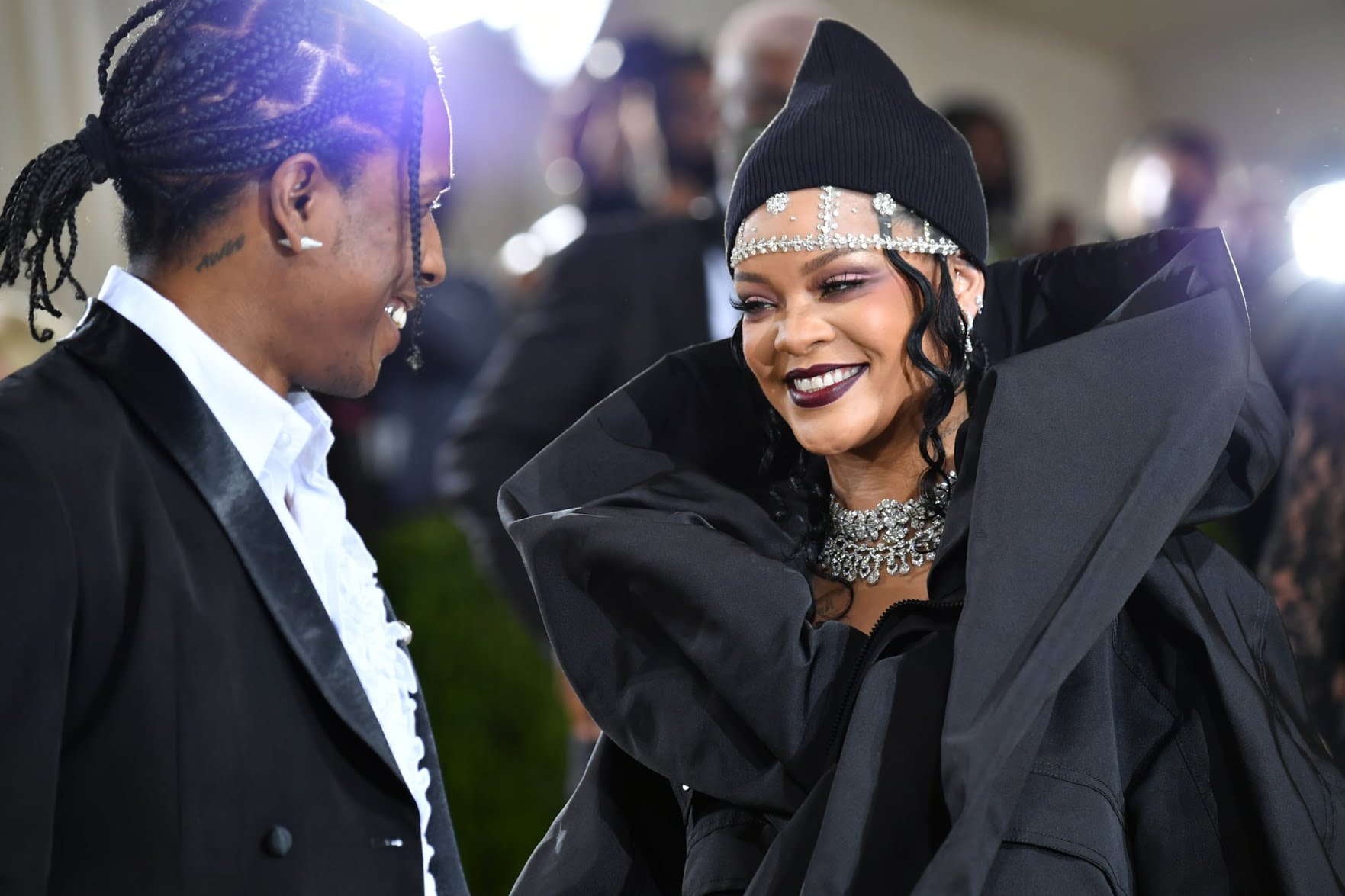 A$AP Rocky and Rihanna have been dating since 2020, and fans rejoiced when Rihanna revealed that she was expecting her first child back in January. The pair have been linked since 2013 after Rocky was featured on Rihanna’s song “Cockiness (Love It),” but they maintained a friendship for years before finally getting together.

The couple convinced the internet that they may have gotten secretly married or engaged after staging a wedding scene in the music video for Rocky’s new song “D.M.B.” Rocky proposed to Rihanna with a set of “Marry Me?” grills in the video, and she said yes with her own “I Do” grills. In reality, while the two are expecting their first child together imminently, they aren’t hitched.

Sources who are close to the couple revealed that Rihanna and Rocky are neither engaged nor married. The outlet’s sources said simply “the whole thing was just done for fun.”

Rihanna sparked engagement rumors herself earlier this spring when she was photographed out wearing an engagement-like ring on her left ring finger.

Rihanna had a cheeky response when a paparazzi photographer brought the ring up and asked if she was engaged. “This old ring?” she asked, laughing.

The photographed tried to encouraged her to say more, saying “Come on.”

She replied back, “You come on.”

Entertainment Tonight debunked the engagement rumor then, with a source explaining Rihanna had the ring she wore for a few years. She and Rocky already consider themselves family, the source added, and Rihanna will let fans know when and if they’re getting married. “If her and A$AP have a wedding, she will make the aisle her runway!” the source said.

Rihanna has stood by Rocky after he was arrested in connection to a November 2021 shooting at the end of last month. A source told Entertainment Tonight on April 25 that Rihanna is steadfast in her commitment to Rocky.

“When she’s in love with someone, she’ll do anything for them,” the source said. “Rihanna hasn’t wavered [in her trust of and commitment to Rocky]. She loves him. He’s family.”