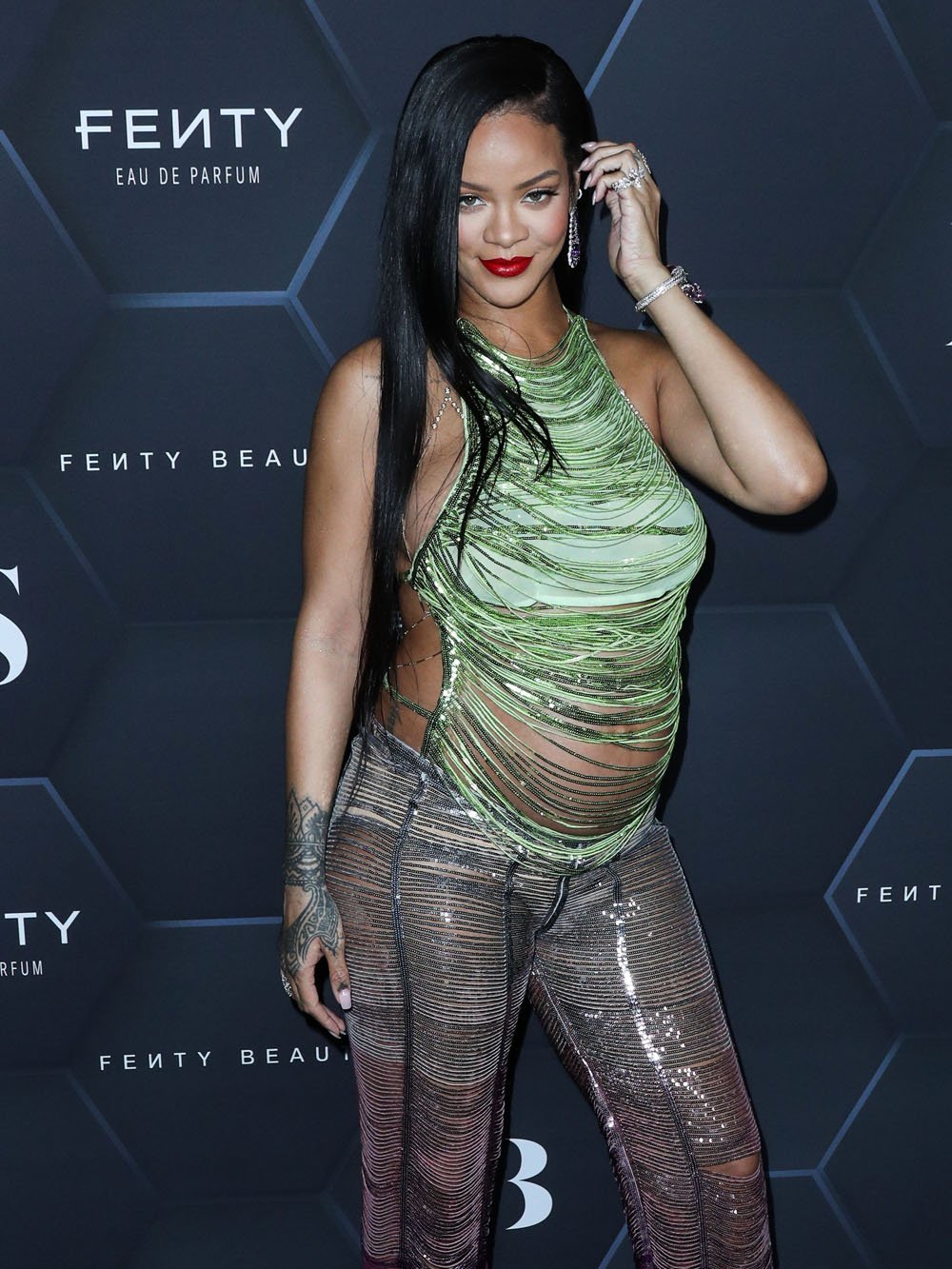 Rihanna is taking her pregnancy in her stride, serving some serious maternity looks and showcasing her bump during every appearance – turning the tables on how a woman is expected to dress during pregnancy (can we get an amen?).

But of course, our RiRi always keeps it candid, so she’s also been speaking out about the symptoms she’s been experiencing during her first pregnancy, too.

Speaking to Extra’s Terri Seymour, she opened up about how she’s been feeling lately. “Really great — tired at times, on and off, which I am not used to. I can fight through any hour of the night, but now it’s, like, putting me down, like: ‘No, you go to bed right now,'” she said.

It’s safe to say the internet has been pretty excited since the singer made the announcement that she’s expecting her first child with A$AP Rocky – and Rihanna even revealed the inspiration behind the fashion-forward photos taken to share their happy news.

Speaking of that vintage Chanel puffer coat – a piece from Karl Lagerfeld’s Autumn/Winter 1996 collection, no less – she said: “I got this jacket when no one knew that I was pregnant and it was just a jacket that I loved and I was always waiting for the moment I was going to wear it.

“It just happened to be perfect for that day. One, it was cold, and two, I could unbutton it to just the right spot.”

A$AP was also asked what he thinks of Rihanna’s maternity looks, to which he adorably responded: “I’ve never seen a female look so beautiful pregnant.”

Could they be any cuter?

This article was originally published on Glamour

In this article:Health, Lifestyle, Rihanna