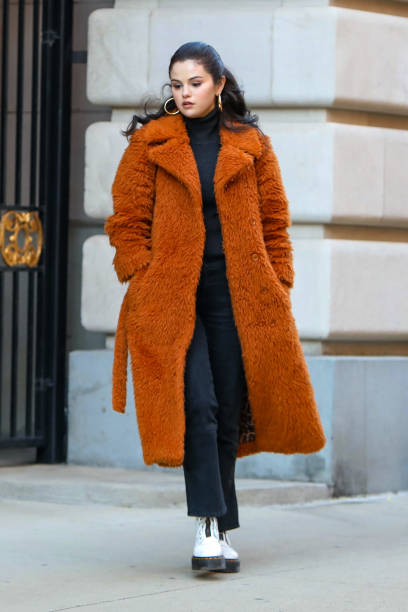 NEW YORK, NY - FEBRUARY 25: Selena Gomez is seen at the film set of the "Only Murders in the Building" TV series on February 25, 2021 in New York City. (Photo by Jose Perez/Bauer-Griffin/GC Images)

The ‘Rare’ singer hinted at retirement in an interview with Vogue for its April magazine issue. Though she’s had a lot of success throughout her decade-long career—securing multiple awards, platinum certifications, and chart-topping albums—Gomez said she suggested her music doesn’t get the recognition it deserves, as some perceive her as a non-serious artist.

YOU MAY ALSO LIKE :   Lil Uzi Vert’s $24M Diamond Ripped Out of his Head

When pressed about the retirement admission, Gomez expressed a bit of hesitation, insisting she may not leave music entirely and may simply pivot to working more behind the scenes.

“I need to be careful,” she said, before saying she wanted to produce more and give “a real shot at acting.”

Gomez began her career in children’s programming, landing a role in Barney & Friends at age 10, before being casted in the Disney Channel series Wizards of Waverly Place. Gomez, like many child stars, said she is often concerned that others won’t be able to separate her early work from what she’s creating as an adult: “I still live with this haunting feeling that people still view me as this Disney girl.”

Gomez’s last full-length release was 2020’s Rare, which debuted at No. 1 on the Billboard 200 chart. More than a year later, she is now gearing up to release a Spanish language EP titled Revelación. The project is set to arrive next week, and will include the previously released tracks “De Una Vez” and “Baila Conmigo.”

“The project is really an homage to my heritage,” Gomez said about Revelación. “… A lot of my fan base is Latin, and I’ve been telling them this album was going to happen for years. But the fact that it’s coming out during this specific time is really cool.”

You can read Selena Gomez’s full story on Vogue.

In this article:Entertainment, Selena Gomez