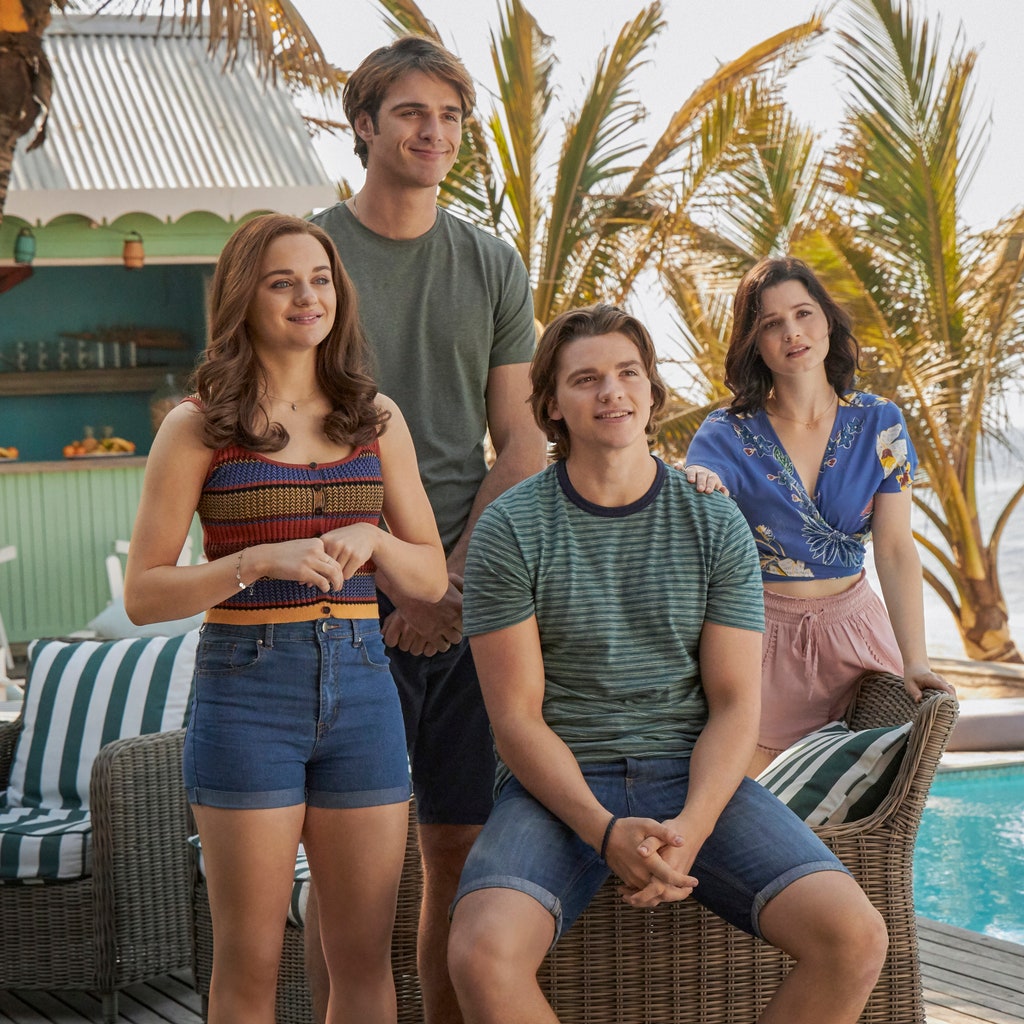 The trailer for The Kissing Booth 3 is finally here, and Elle, Noah, Lee, and their friends are taking over their parents’ beach house for one last summer together.

Timed to International Kissing Day, the new trailer shows the crew reunited for one last installment in the franchise — and yes, there’s a new beach-themed bucket list for Elle (Joey King) and Lee (Joel Courtney) to complete. As the pair jump off cliffs, go sky diving, and generally engage in all manner of summery hijinks, the hard reality of how their lives will soon change lingers. Elle still has not picked a college; will she go with Noah (Jacob Elordi) to Harvard or with Lee to Berkeley?

It’s something Noah isn’t sure of either. In the trailer, he consults close friend Chloe (Maisie Richardson-Sellers) over a game of pool. She imparts some wisdom: “Look, if you trust her, you’ve got to believe what she says and nothing less.” Meanwhile, Taylor Zakhar-Perez returns as Marco, Elle’s almost-love interest from The Kissing Booth 2. She goes to him in needing comfort of her own, admitting, “Between spending time with Noah, picking a school, and doing the bucket list with Lee, I just feel like I’m running around like a crazy person.” (Elsewhere, Marco insists, “You’re not meant to be with that guy.”)

Enter: Molly Ringwald with some clutch motherly advice. “Maybe your choices have more to do with what other people want,” she says. “Maybe it’s time that you think about what you want.”

Check out the trailer below, and find out which choice Elle makes when The Kissing Booth 3 hits Netflix on August 11.

This article was originally published on Teen Vogue

In this article:Entertainment, Movies, The Kissing Booth, TV