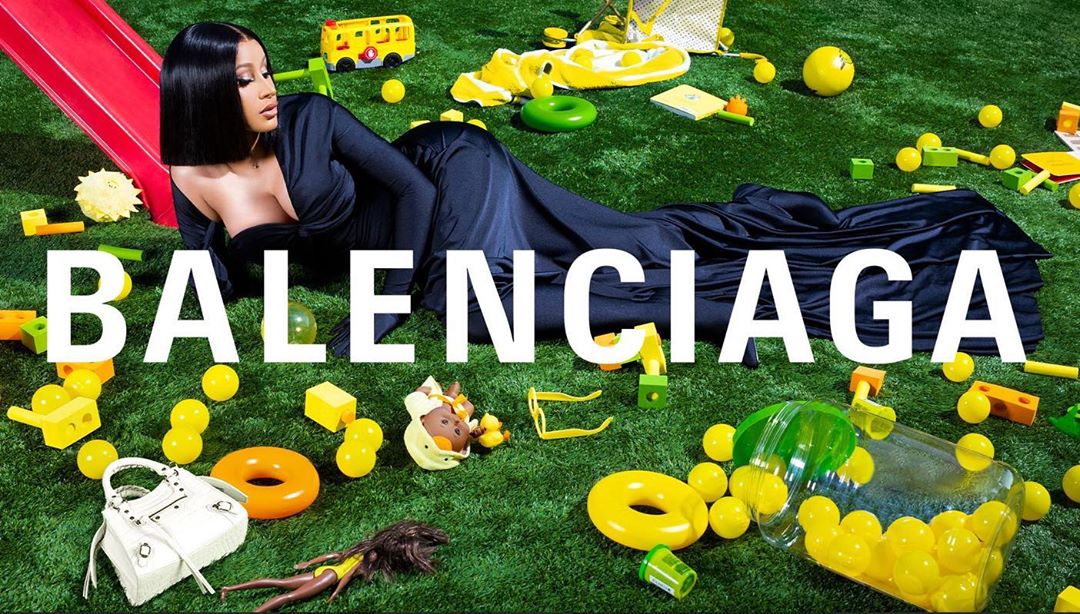 Only a few weeks after Cardi B released her bold and empowering hit song “WAP” with Megan Thee Stallion, the rap sensation has shared the news that she is now the face of Balenciaga’s autumn/winter 2020 campaign. Shot and styled by Cardi B’s team at her home in LA, the imagery features the star wearing a black catsuit-dress hybrid from creative director Demna Gvasalia’s autumn/winter 2020 collection. Cardi is lying on what appears to be an astro-turf surface, surrounded by a slide and kids toys, as well as Balenciaga’s Neo Classic bag in white.

The rapper shared an image of a giant billboard featuring the new campaign, which is being displayed on the side of the Louvre museum in Paris. In her caption, she wrote that she remembers how it felt to see herself on a billboard in Times Square for the first time but, in her words, “PARIS! Wish I was there to see it in person.”

Ya lookin at the face of a @Balenciaga campaign! I remember how I felt seeing myself on a billboard in NYC Times Square but PARIS! Wish I was there to see it in person!

This is Cardi’s first campaign for a luxury fashion house, although she’s definitely no stranger to the Parisian style scene. In the last few years, Cardi has become a front row fixture at shows including Chanel, Tom Ford, and Thom Browne. 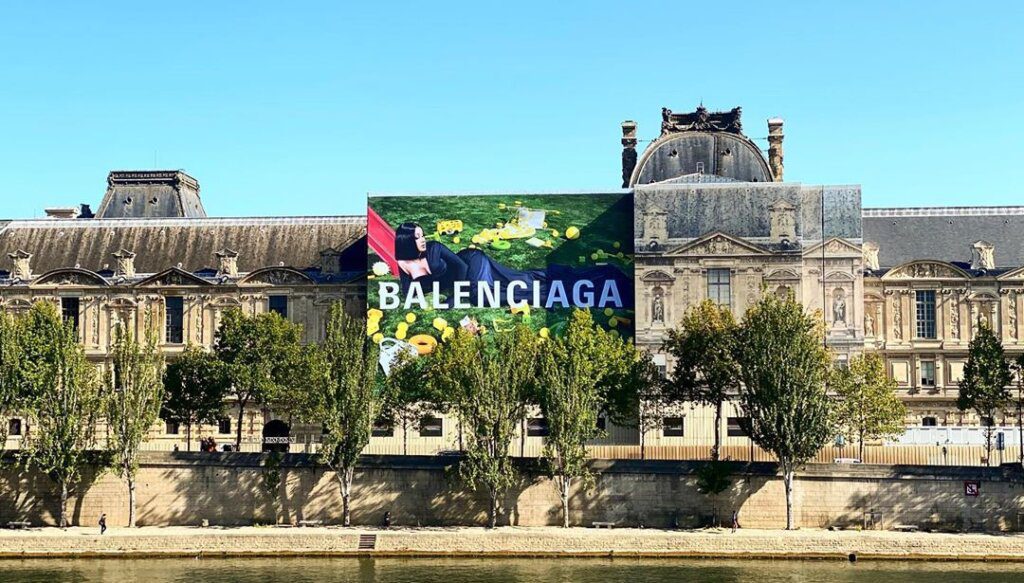 Her street style swagger during fashion month has also gone viral: Remember when she wore a floral printed Richard Quinn ensemble that literally covered her from head to toe? She and her stylist Kollin Carter have been wildly successful in carving out a much-needed space for Cardi within the fashion industry, and they’ve cultivated a personal style that is all her own while being inspiring to all. To say that she is deserving of this new Balenciaga campaign is an understatement. Cardi is the risk-taking, unapologetic muse we all need right now, whether she’s showing us the power of the WAP or making her mark on European fashion, from the side of one of the most famous buildings in the world.

In this article:Cardi B, Featured, News