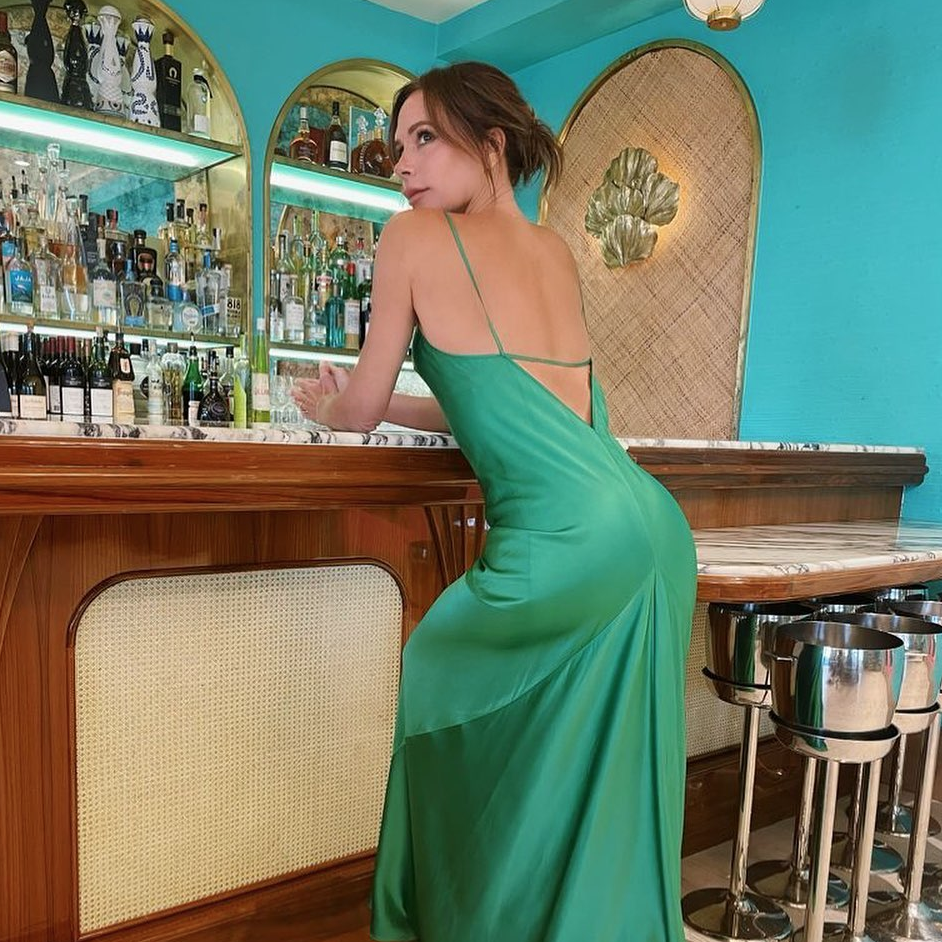 This weekend, Victoria Beckham swapped her usual “Kisses X VB” sign off on Instagram for an altogether more sassy hashtag: #CheekyPosh. Eagle-eyed brand Beckham fans were further intrigued by her second social signpost: #PoshIsBack, which signalled that something was definitely going down in the VB-verse.

Then came the dress that spoke a thousand words: a shimmering green open-back slip dress that inevitably drew comparisons to Keira Knightley’s devastatingly good gown in Atonement. Victoria wore the iridescent showstopper to prop herself up at a bar to celebrate the launch of her latest beauty line: “five shades of creamy, blendable and long-lasting blush that add the perfect pop of colour to every skin tone”. The Cheeky Posh – get it? – tints are named after some of VB’s personal expressions, such as “major”, and other Posh Spice-related phrases, including “miniskirt”, “knickers” and um, “rollerskate”.

“There was never a miniskirt too short for Posh!” says Victoria gleefully of the product range. “Cheeky Posh in Miniskirt is a deep berry rose that adds a healthy, year-round holiday glow to the skin. Summer’s not over until Cheeky Posh says so.” The image of Victoria wearing a shimmering slip certainly spelled out the fact VB just wants to have fun viva forever.

Behind the playful marketing campaign is the smart business decision to consolidate the Victoria Beckham brand empire. Her Resort 2022 collection (the emerald slip is look 26 for those eager to channel their inner Keira Knightley) is the first from her merged main luxury line, Victoria Beckham, and her more accessible diffusion line, Victoria, Victoria Beckham. By amalgamating the two during a “rebirth” phase, she cut the prices by some 40 per cent to make her designs more accessible to her fans. It is, as Vogue fashion critic Anders Christian Madsen said at the time, a bold move that “embodies her ongoing commitment to quality and the fashion-forward character that defines her”. Cheeky Posh belies the savvy of Beckham, the businesswoman.

This article was originally published on Vogue