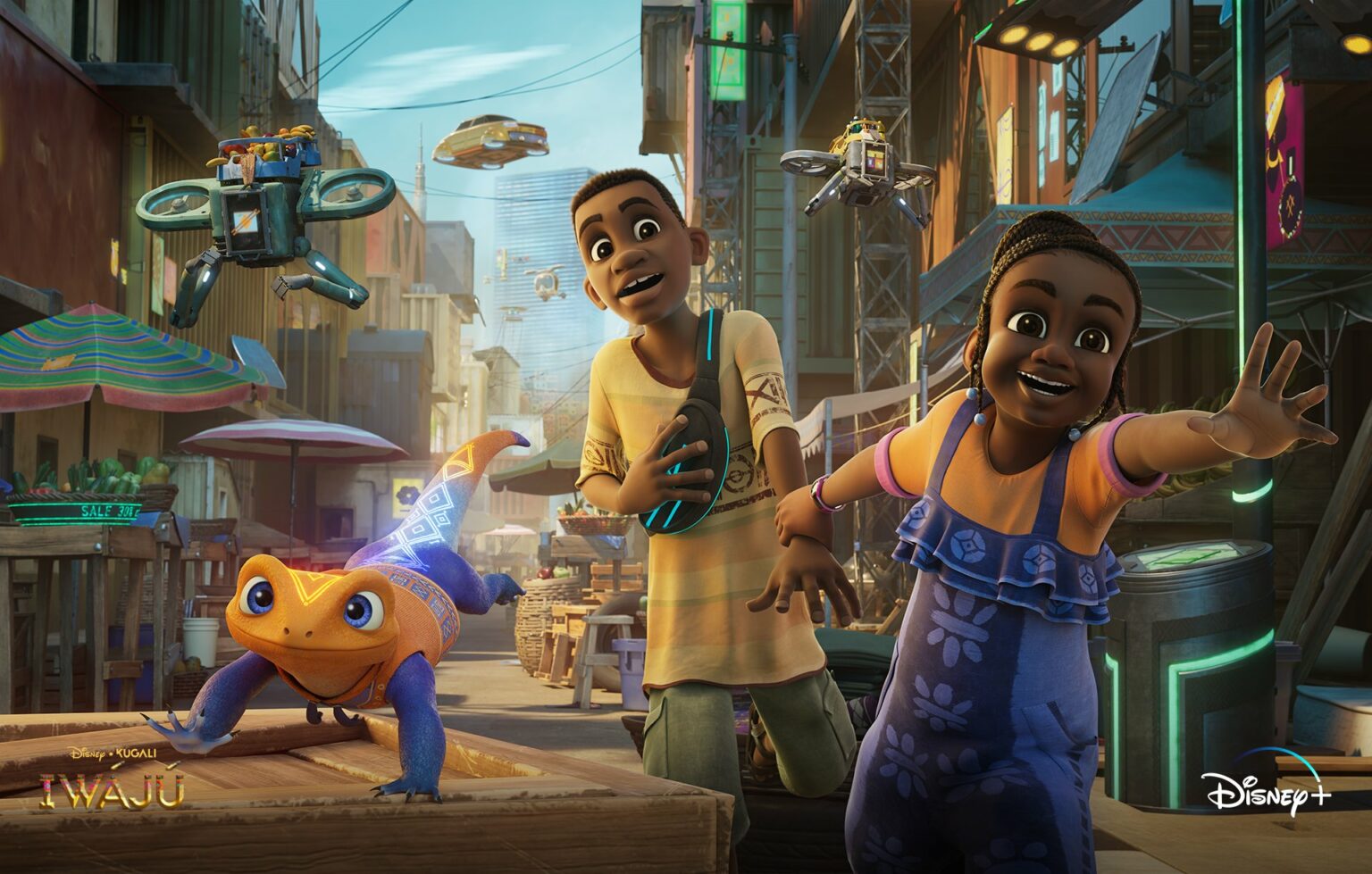 Disney animation studios have announced a collaboration with Kugali, a Pan-African entertainment company for the next animated series coming to Disney Plus in 2023, “Iwájú.“

Originally slated for 2022, Disney announced it at its D23 Expo in Anaheim on Friday. A first look at the series shows a futuristic version of Lagos Nigeria, a world of vibrant colours, flying cars and charmingly offbeat creatures that look kind of like frogs, but also lizards.

The science fiction series, Iwájú (whose title closely translates to “The Future” in Yoruba) is set in Lagos, Nigeria, and explores serious issues of class, innocence, and challenging the status quo.

The series was written and directed by Kugali co-founder Ziki Nelson, and tells the story of two kids, Tola and Kole, who grow up on opposite sides of a city where the rich and the poor are very different. Their friendship is put to the test by Bode, a tech pioneer whose futuristic innovations hide a criminal underworld he rules with an iron fist.