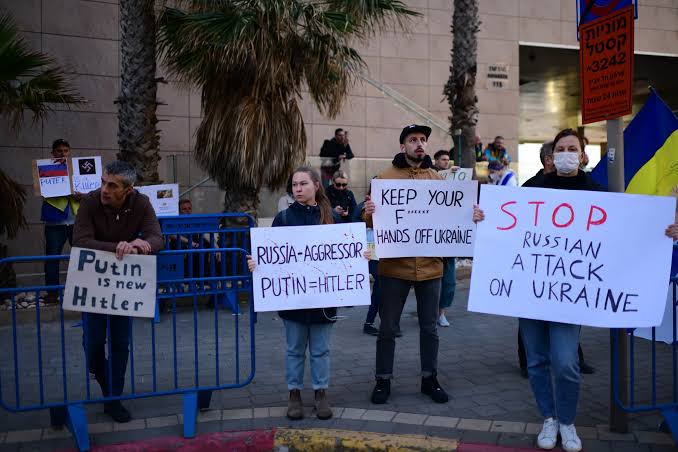 1. Dozens of people are reported to have been killed thus far

Russian forces were confirmed on Thursday to have crossed the Ukrainian border by land, air and sea from Russia, Belarus and Crimea, killing at least 40 people, as per Axios and the AP. As Axios reports, “the Russian military said it was targeting military installations and air bases, but dozens of civilian casualties have been reported and images on social media show thousands of Ukrainians attempting to flee.”

2. Putin denied a potential invasion for weeks, before ultimately justifying the invasion as necessary to protect civilians in eastern Ukraine

The invasion is part of a protracted battle between Ukraine and Russia since 2014, but it escalated on Monday, February 21 when Putin stated that there were two independent “republics” in Ukraine and he ordered Russian military to conduct “peacekeeping” operations there.

3. The U.S. and European leaders denounced the move as a violation of international law

António Guterres, the Secretary-General of the United Nations stated he was “greatly concerned” by Russia’s decision on Monday, calling it a “violation of the territorial integrity and sovereignty of Ukraine and inconsistent with the principles of the Charter of the United Nations.”

4. Russia had a series of demands before its invasion

Russia had issued a series of demands, “including a legal guarantee that Ukraine will never join NATO. At the same time, Putin amassed more than 150,000 troops along Ukraines borders and conducted unprecedented military drills — preparing the option to take military action if Russia didn’t secure the concessions it was seeking,” Axios reports.

5. This is the first time two sovereign European nations are in conflict of this scale since World War II

NATO Secretary-General Jens Stoltenberg said that “Peace on our continent has been shattered. We now have war in Europe on a scale and of a type we thought belonged to history.” Reuters reports that it’s “the biggest attack by one state against another in Europe since World War Two.”