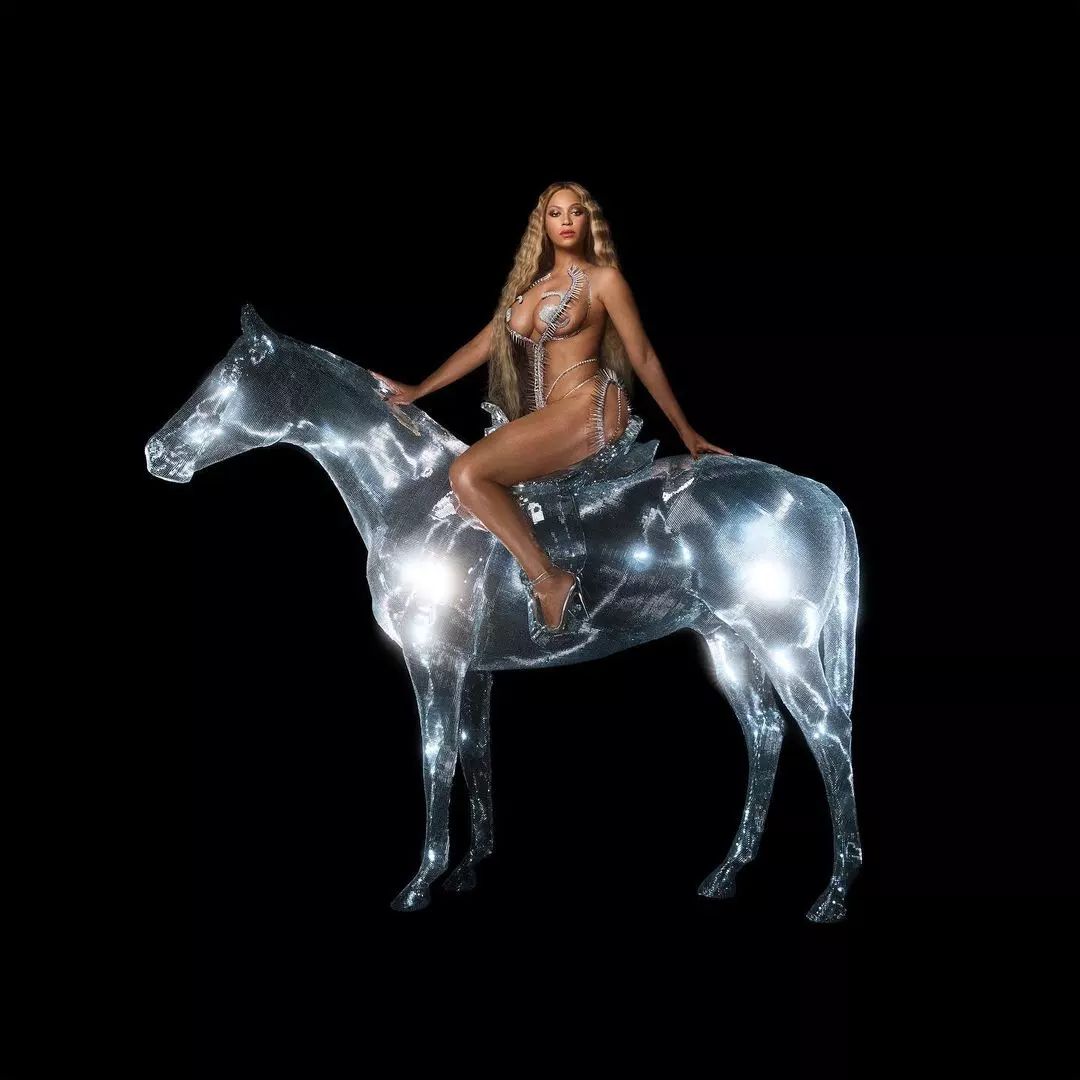 Beyoncé has unveiled the cover artwork for her new album Renaissance. She is seated on a glowing horse in the image.

Fans have noted that the image is similar to John Collier’s 19th century painting Lady Godiva, and also recalls a photograph of Bianca Jagger on horseback at Studio 54.

Find the Renaissance cover below. In a note accompanying the artwork, Beyoncé wrote:

“Creating this album allowed me a place to dream and to find escape during a scary time for the world. It allowed me to feel free and adventurous in a time when little else was moving. My intention was to create a safe place, a place without judgment. A place to be free of perfectionism and overthinking. A place to scream, release, feel freedom. It was a beautiful journey of exploration. I hope you find joy in this music. I hope it inspires you to release the wiggle. Ha! And to feel as unique, strong, and sexy as you are.”

Renaissance is Beyoncé’s first solo studio album since 2016’s Lemonade. The new LP—out July 29—is led by the single “Break My Soul.”

While a tracklist and further details are currently unavailable, the iTunes Store listing shows that the album features 16 songs. Pre-orders for vinyl and CD copies are now available.

In this article:Beyonce, Event, Music