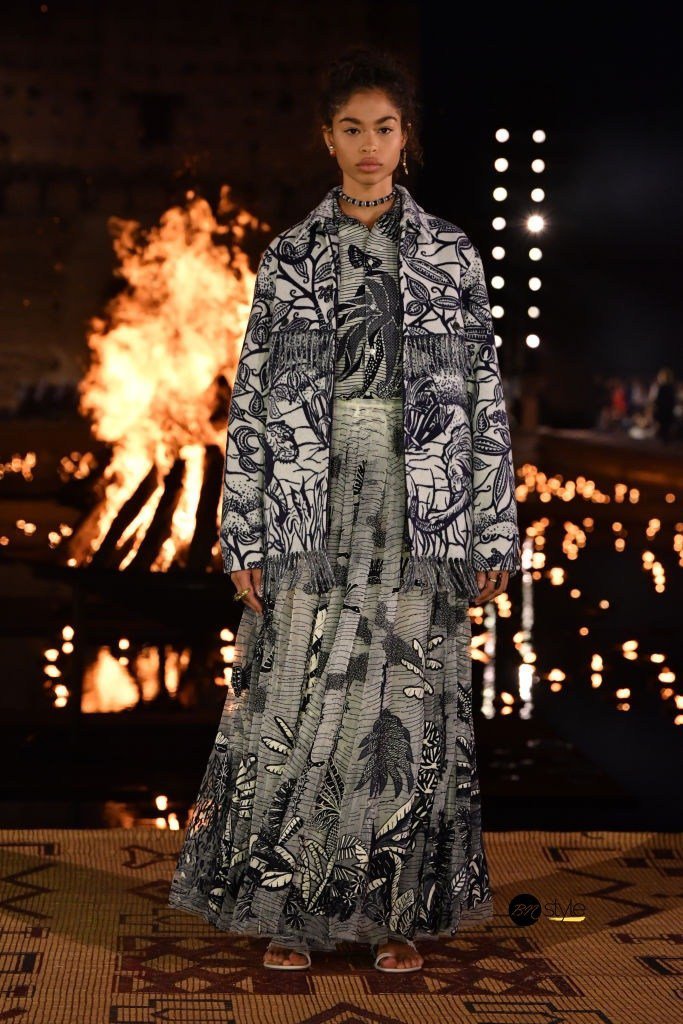 The star-studded audience of the Dior 2020 Cruise Collection show which included the likes of Lupita Nyong’o, Diana Ross, Jessica Alba and more were treated to a magnificent mega-production of a perfect blend of fashion, culture, history, and music. The Dior 2020 Cruise Collection titled Common Ground showed yesterday at the El Badi Palace in Marrakech and ditched cultural appropriation and in a welcome move, opted for cultural appreciation; marrying identities, culture and fashion in a single night with a mind-blowing presentation that truly merged the best of both worlds.

From the Jajouka musicians who were accompanied by the British electronic band The Orb to the location itself which houses ancient histories of glorious African monarchy and famed rulers to the diverse cast of models to the pieces showcased. The collection itself is an ode to globalization, inclusivity, and diversity – words which have grown to mean a lot to marginalized communities and the world itself and has spread to several if not all industries. 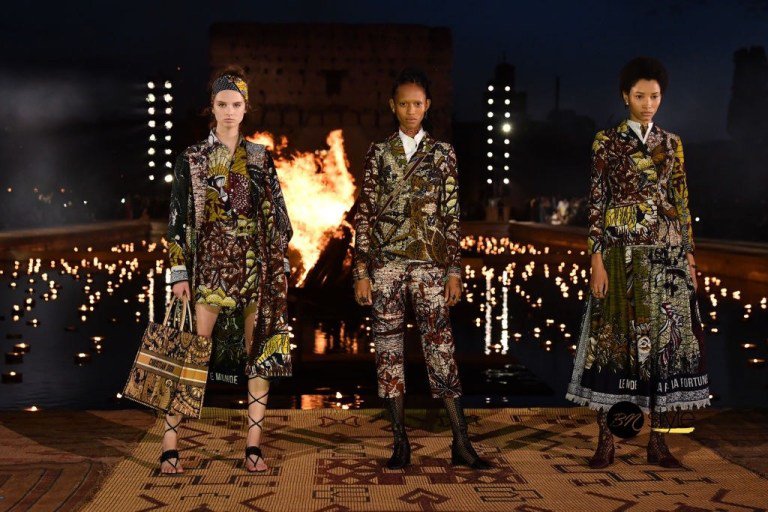 Knowing the age we live in, creative director of Dior Maria Grazia Chiuri walked a tightrope as she took on the task of getting this collection to the land of the right side of the flip coin that is cultural appreciation and cultural appropriation.

The show opened with a quote by Moroccan writer Tahar Ben Jelloun:

Culture teaches us to live together, teaches us that we’re not alone in the world, that other people have different traditions and ways of living that are just as valid as our own.

Amongst the pieces showcased, it included a re-imagination of Dior’s Classic Bar by British-Jamaican designer Grace Wales Bonner and African-American artist Mickalene Thomas, a chemise in honor of the late Nelson Mandela by South African shirt-maker Pathé’O. Maria Grazia Churi also worked with Grosfilley and Uniwax to weave the codes of Dior into toiles de jouy as well Moroccan craftswoman Sumano on the show’s scenography and created a surreal scenery with traditional local pottery and textiles.

Omoyemi Akerele, founder of Style House Files and Lagos Fashion Week, took to Twitter to share her opinion on the Dior 2020 Cruise Collection:

We agree. Dior, in using our fabrics and working with Africans has created multiple opportunities; jobs, exposure, and new markets. On the other hand, now that the world is paying attention, it is important that we as Africans take control of our own narrative.