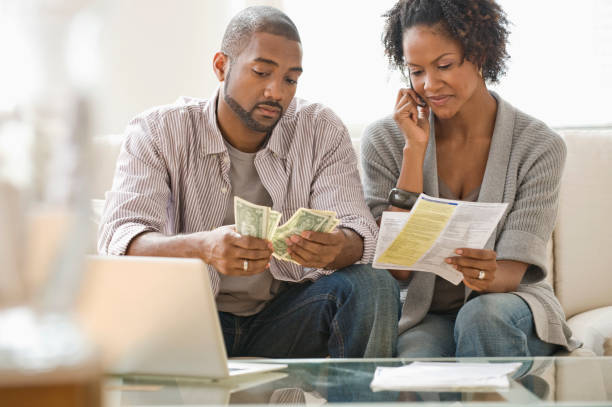 While it’s a very wrong idea to build your relationship on money, many guys make the mistake of flaunting their wealth and the moment he goes broke for a moment, his girlfriend leaves him for another guy who can handle her bills.

Men make the mistake of trying to please their girlfriend every time even when they are financially incapable. So how do you refuse to give your girl money and keep her interested in the relationship? Grab a cup of coffee and scroll further.

1. Suggest or Teach Her Alternative Ways of Making Money

You can also help her in starting up something for herself if necessary.

2. Ask For Time to Think About Her Request Whenever She ask for Money

Here is something you should always do. Always ask for time to think about it. See, it is your money and you can’t just start giving out money you worked so hard to earn without thinking about it. So, ask for time and figure out yourself financially. 24 hours will be enough.

3. Help in an Alternative Way

Now, she might ask for money to make her hair, but there are times when things are hard for you. So instead of sending money for her hair, you can suggest giving her a ride to the saloon and you can probably stay with her till she is done and if not, just drop her and get back to whatever you were doing.

4. Suggest She Sells Things She Has

When a woman is desperate for something, she knows how to get it. And most times, some of them are using very expensive phones and other items sitting in their room without being used. So, suggest that she sells some of those items if truly she’s desperately in need of money.

What if she sells her expensive phone and buy a less expensive one and use the remaining money for whatever she needs it for.

Now, if your girl leaves after all this, then it’s a sign that she’s only after your money and does not want anything to do with you.

You’ve saved yourself a trouble of a lifetime with just these tips. You don’t want to get married to someone who is only after your money and does not have your best interest at heart.

In this article:Dating, Lifestyle, Relationships