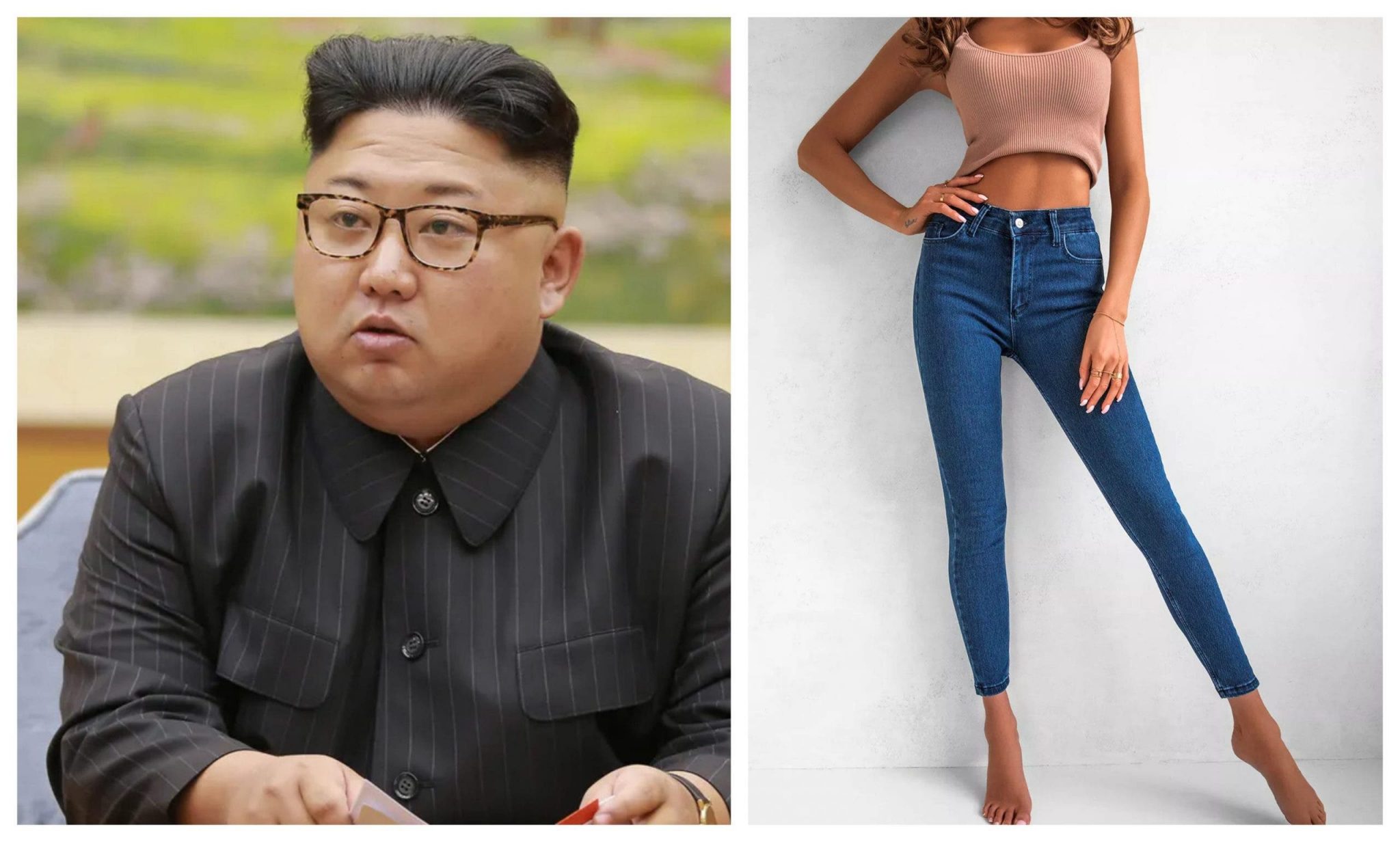 Kim Jong-un, North Korean president, has reportedly banned mullet hairstyles and skinny jeans in the country — over fears that fashions would lead to capitalistic urges among the closed-off nation’s young people, according to reports.

The decision was made over concern that they reflect Western cultures that might influence young people in the country and impact his regime.

‘History teaches us a crucial lesson that a country can become vulnerable and eventually collapse like a damp wall regardless of its economic and defence power if we do not hold on to our own lifestyle.’

It went on to say: ‘We must be wary of even the slightest sign of the capitalistic lifestyle and fight to get rid of them.’

Those who repeatedly flout the strict laws on fashion – including a ban on colourfully dyed or spiked up hair and piercings will be sent to labour camps under laws put in place by Kim Jong-un.

North Koreans can only choose from between 15 approved hairstyles under the country’s laws, it has been claimed.