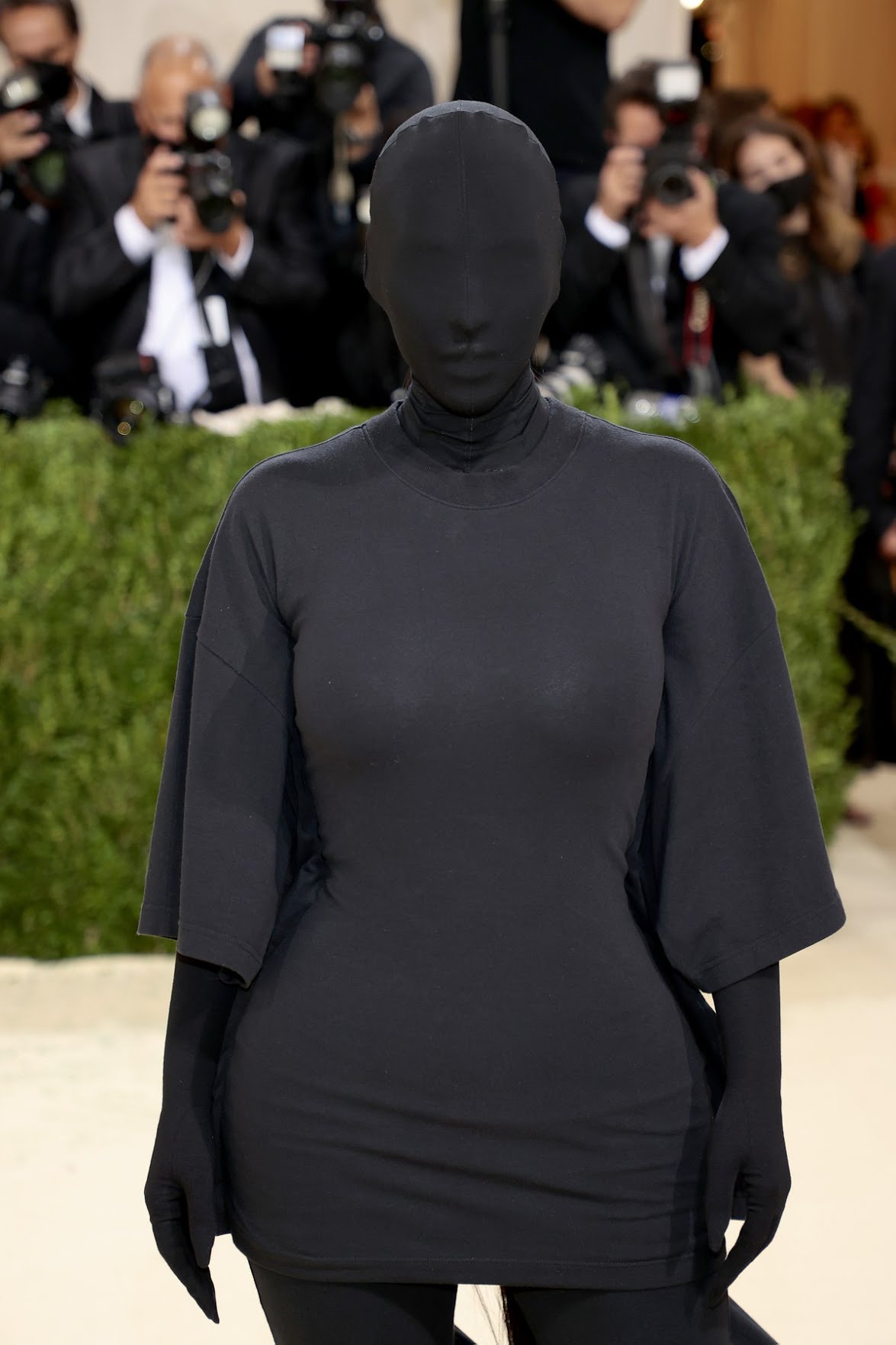 On the steps of the Metropolitan Museum of Art last night, celebrities interpreted this year’s Met Gala theme, “In America: A lexicon of fashion” with homages to American icons, blunt political statements and thoughtful takes on the US identity and heritage.

But Kim Kardashian West made a dramatic entrance later in the night, as she steps in, completely covered in black from head to toe, her ponytail emerging from the opaque head covering and trains of fabric trailing behind her.

The faceless custom Balenciaga look was anything but anonymous — Kardashian West has been teasing different masked and bondage-esque Balenciaga looks for weeks. She was joined on the red carpet by the luxury label’s elusive creative director, Demna Gvasalia, who was also entirely obscured in black.

Despite it’s simplicity, the all-black look had several intricate design features, including the jersey boots.

The fashion and beauty entrepreneur also sported long gloves and a full-face mask which kept her make-up hidden.

Other Twitter users wondered if the look had been inspired by the aesthetic estranged husband Kanye West had used for his latest album Donda – an all black square.

As usual, social media always have something to say. Some compared her look to a Dementor from Harry Potter, while others claimed she looked like the Grim Reaper or a wraith from Lord of the Rings.

Meanwhile others were just confused about the outfit, which seems such a departure from her previous Met Gala looks.

Other Twitter users wondered if the look had been inspired by the aesthetic estranged husband Kanye West had used for his latest album Donda – an all black square.

‘No Face No Case‘ — Nah, doesn’t apply here. Just because there was no face doesn’t mean there was no makeup.

Kim Kardashian’s makeup artist Mario Dedivanovic shared a photo on his Instagram account showing off a few of the products he used to prep the star for fashion’s biggest night.

Her glam for the night included a whole lot of skincare by La Mer, as well as the brow pencil, brow gel, and eyeshadow palette from Dedivanovic’s eponymous cosmetics line.