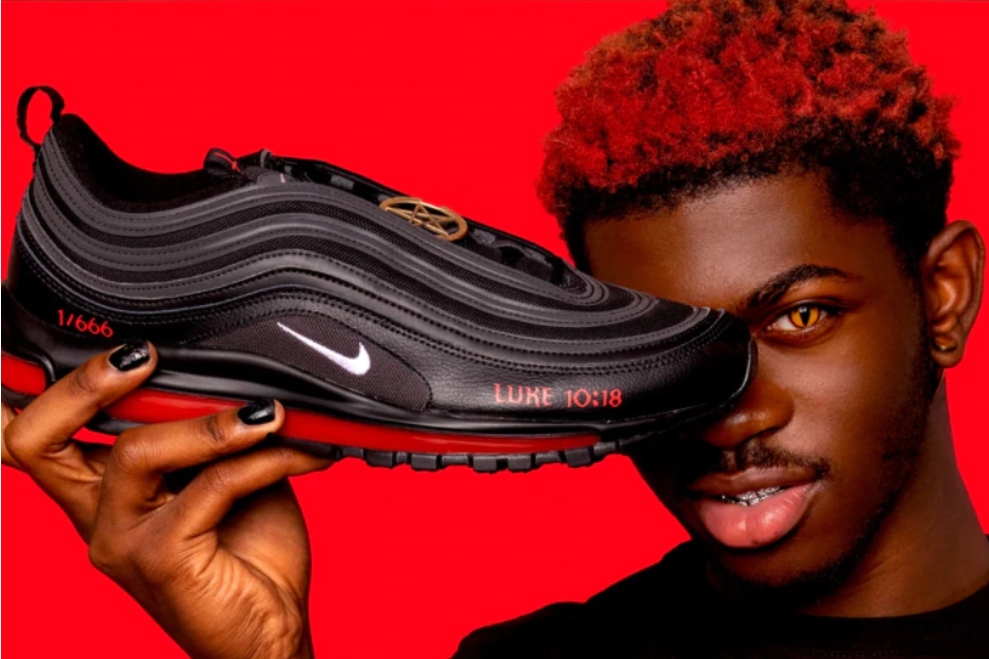 The shoes are customised Nike Air Max 97 sneakers that contain red ink and "one drop of human blood".(Supplied: MSCHF)

The maker of the rapper Lil Nas X’s controversial “Satan shoes” responded to a lawsuit from Nike by claiming the sneakers were works of art.

The customised Nike Air Max 97s, which each contain a drop of human blood, have also stoked outrage among conservative politicians.

Nike said “sophisticated sneakerheads were confused” by the shoes, and succeeded in its attempt to block MSCHF from shipping to customers any of 666 sold-out pairs.

MSCHF, however, describes itself as a “conceptual art collective” which “engage[s] fashion, art, tech and capitalism in various, often unexpected mediums”. 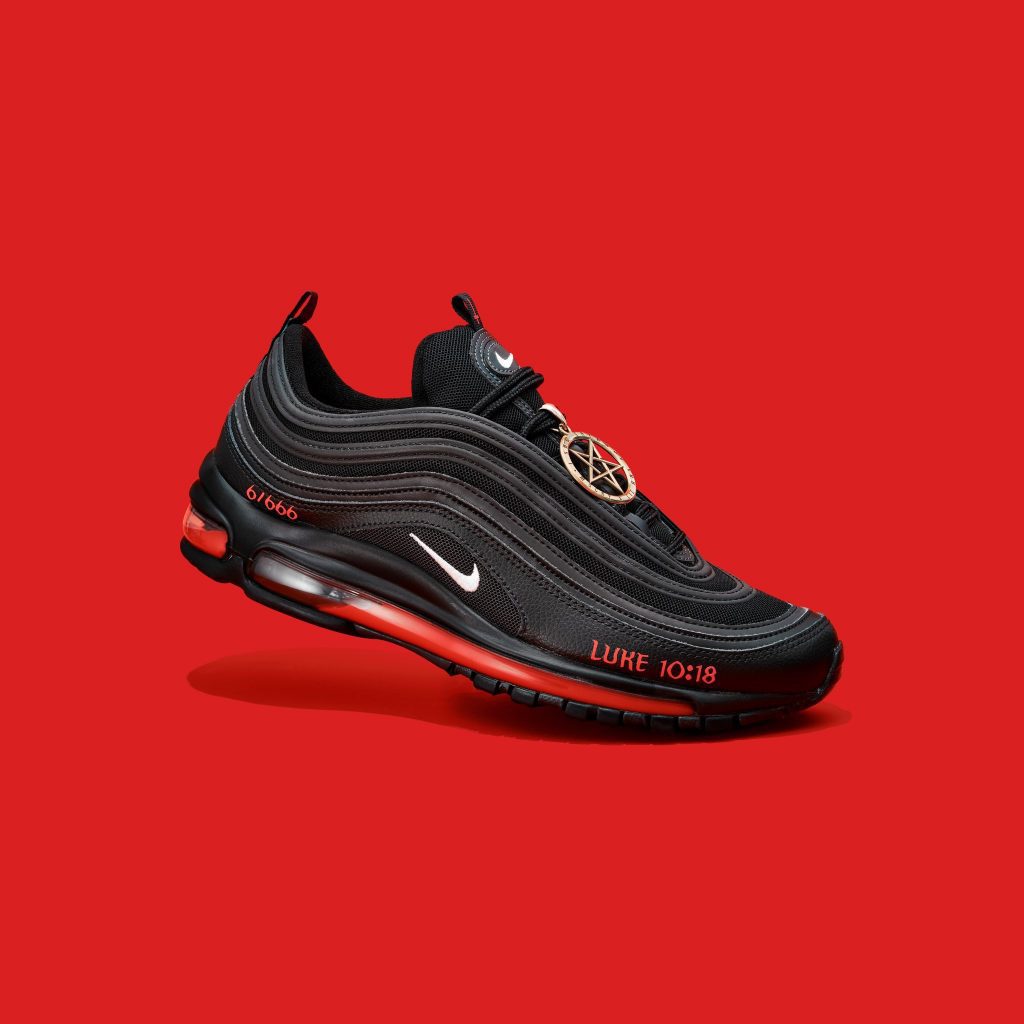 Responding to the Nike suit on its website, it insisted the shoes were “art created for people to observe, speculate on, purchase and own” and added: “Satan is as much part of the art historical canon as Jesus, from Renaissance Hellmouths to Milton.”

“We are not affiliated with Nike,” it said, “as we have consistently iterated to the press. We were honestly surprised by the action Nike has taken, and immediately after Nike’s counsel sent us notice we reached out but received no response.”

MSCHF previously created a batch of all-white “Jesus shoes”, which contained so-called holy water. Nike did not sue then.

In legal documents regarding the “Satan shoes”, Nike said MSCHF had “materially altered” its shoes “to prominently feature a Satanic theme … without Nike’s approval or authorisation”.

Nike also rejected the claim to the status of art, saying MSCHF “did not create a single shoe-shaped sculpture to sit in a museum” and instead “created hundreds of shoes emblazoned with a NikeSwoosh that it sold to allcomers”.

Lil Nas X, who had offered the final pair of the shoes as a competition prize, told followers: “Sorry guys, I’m legally not allowed to give the 666th away anymore because of the crying nerds on the internet.

“I feel like it’s fucked up they have so much power they can get shoes cancelled. Freedom of expression gone out the window.”

MSCHF said it “strongly believe[d] in the freedom of expression … and nothing is more important than our ability, and the ability of other artists like us, to continue our work over the coming years.”

It also said the Satan Shoes project “started a conversation, while also living natively in its space”.

The Lil Nas X song the sneakers were made to promote, Montero (Call Me By Your Name), is expected to top charts around the world.

This article was originally published on The Guardian