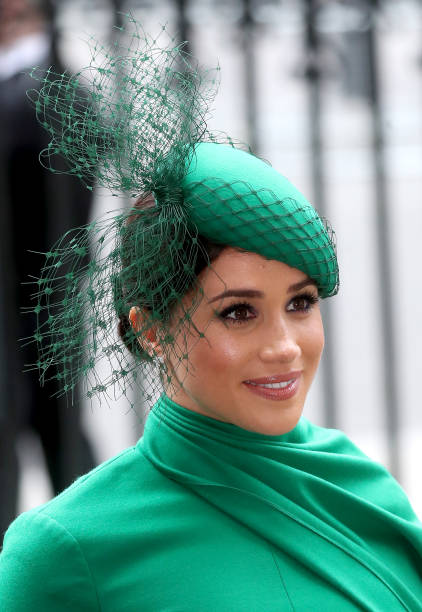 Meghan Markle who is the Duchess of Sussex revealed how she suffered from miscarriage back in July.

In a open letter written for New York Times, she opened up about the grief she endured with her husband Prince Harry. She wrote : “Losing a child means carrying an almost unbearable grief, experienced by many but talked about by few.”

The Duchess describes feeling a sharp pain while holding her son, Archie.

“I felt a sharp cramp. I dropped to the floor with him in my arms, humming a lullaby to keep us both calm, the cheerful tune a stark contrast to my sense that something was not right. I knew, as I clutched my firstborn child, that I was losing my second.

“Hours later, I lay in a hospital bed, holding my husband’s hand. I felt the clamminess of his palm and kissed his knuckles, wet from both our tears. Staring at the cold white walls, my eyes glazed over. I tried to imagine how we’d heal.”

She recalls sitting in a hospital bed, watching her husband’s heart break as he tried to ‘hold the shattered pieces of mine’

She also recalled a royal visit to South Africa, making reference to an interview with a journalist Tom Bradby, who asked ‘Are you OK?‘ ‘Thank you for asking,’ I said. ‘Not many people have asked if I’m OK.’

“I answered him honestly, not knowing that what I said would resonate with so many — new moms and older ones, and anyone who had, in their own way, been silently suffering.“

“My off-the-cuff reply seemed to give people permission to speak their truth. But it wasn’t responding honestly that helped me most, it was the question itself.”

She further revealed that she wrote the letter about her own loss so as to encourage and motivate others to talk about it.

‘This year has brought so many of us to our breaking points,’ Meghan writes. ‘So, this Thanksgiving, ‘let us commit to asking others, ‘Are you OK?’

“Losing a child means carrying an almost unbearable grief, she added. ‘experienced by many but talked about by few.’

“In the pain of our loss, my husband and I discovered that in a room of 100 women, 10 to 20 of them will have suffered from miscarriage. Yet despite the staggering commonality of this pain, the conversation remains taboo, riddled with (unwarranted) shame, and perpetuating a cycle of solitary mourning.”

So much respect for Meghan for sharing her story.

The article ended with ‘Are we okay? We will be.’