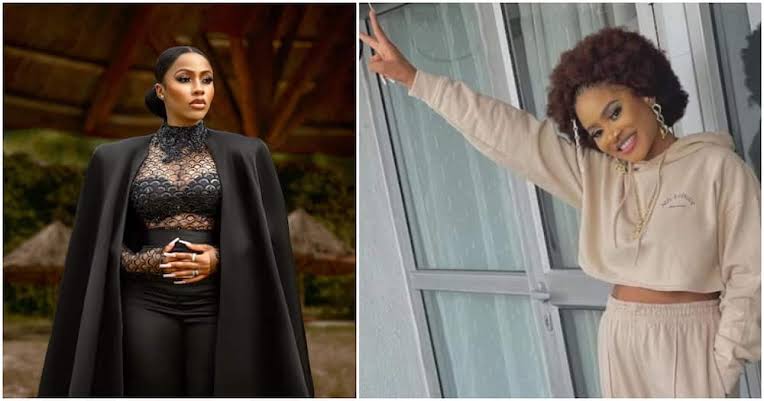 Big Brother Naija (BBNaija) reality star and winner of the ‘Pepper Dem‘ edition Mercy Eke has joined many of her colleagues, fans, and followers to congratulate Level Up winner Phyna.

This is coming after Phyna was declared winner if the ‘Level Up’ season, making her the second female to win the show ever.

In a short message via her Instastory, Mercy congratulated Phyna over her latest win as she officially welcomed her to the club.

“Congratulations Phyna, welcome to the club.”

Phyna joins the likes of Whitemoney, Laycon, Mercy Eke, among others who emerged as reality show winners in past editions. She is also the second female to emerge as the winner in the reality show after Mercy.

She will be going home with the sum of N100 million prize, with N50 million of it in prize money and the rest as gifts from the show sponsors.