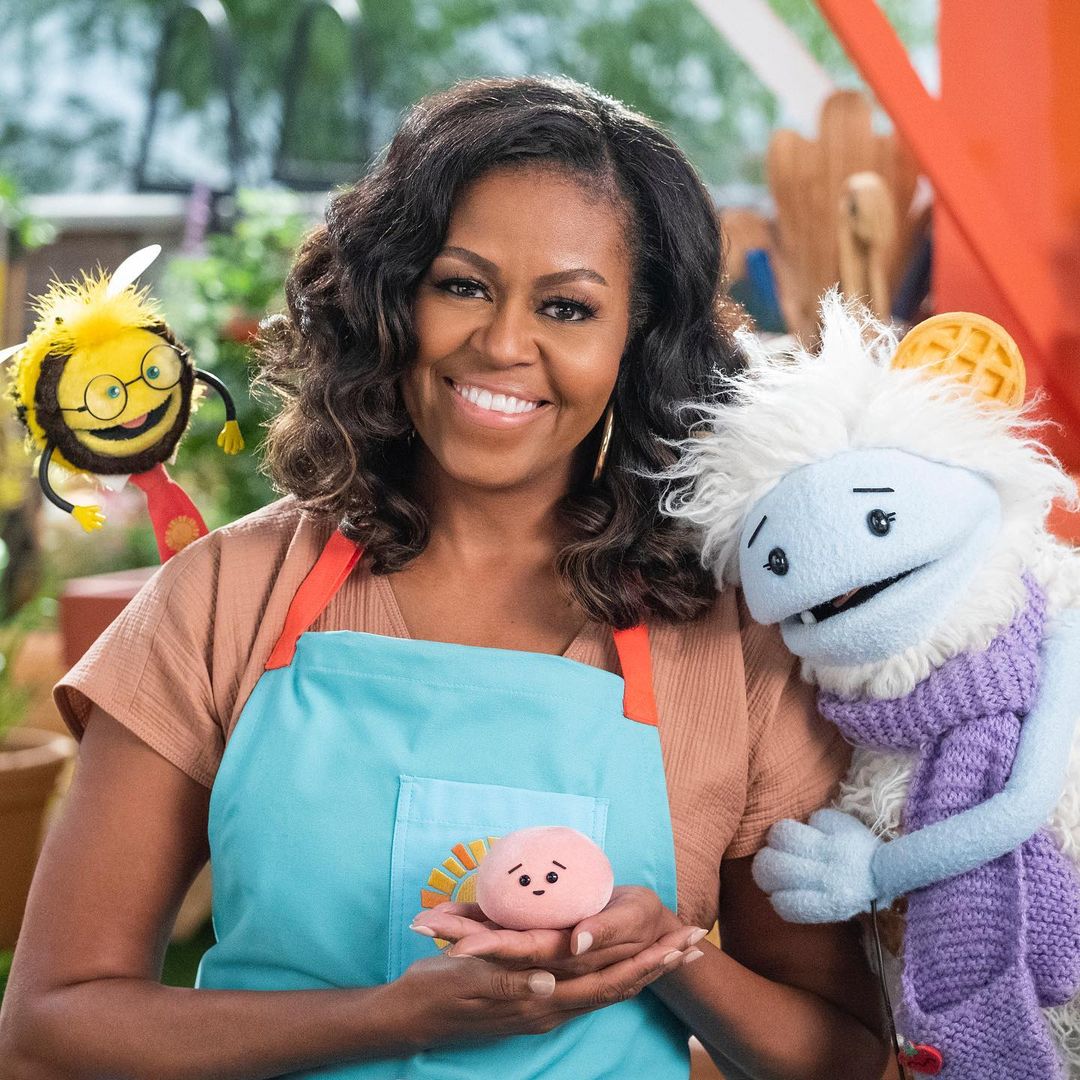 Former US First Lady Michelle Obama set to launch new children’s cooking show tittled “Waffles + Mochi” on Netflix from the 16th of March. The 10 episode series will tell the story of two friends, Waffles and Mochi, who go on adventures all around the world to explore new ingredients, try out new recipes, discover, cook as well as eat good food alongside renowned chefs, home cooks, kids and celebrities.

Describing the premise of the show, Netflix wrote in a statement, “With the help of friendly new faces like the supermarket owner, Mrs. Obama, and a magical flying shopping cart as their guide, Waffles and Mochi blast off on global ingredient missions travelling to kitchens, restaurants, farms and homes all over the world, cooking up recipes with everyday ingredients alongside renowned chefs, home cooks, kids and celebrities.”

“Waffles + Mochi” will be produced by Michelle and Barack Obama through their production company, Higher Ground Productions, with which Netflix has a multi-year production deal.

Sharing the news on her Instagram page, she wrote :

“I’ve got some big news for you! This is something I’ve been working on for a while now, and I’m so excited to finally be able to tell you all about it. Allow me to introduce two new friends of mine: Their names are Waffles and Mochi. And on March 16, we’ll be launching a new children’s show on @Netflix called Waffles + Mochi. It’s all about good food: discovering it, cooking it, and of course, eating it. These two will take us on adventures all around the world to explore new ingredients and try out new recipes. Kids will love it, but I know that adults will also get plenty of laughs—and some tips for the kitchen.

“In many ways, this show is an extension of my work to support children’s health as First Lady—and to be quite honest, I wish a program like this had been around when my girls were young. I also know that this is a difficult time for so many families, and I’m hopeful that this delightful show can bring a bit of light and laughter to homes around the world. That’s why as part of the show’s commitment to helping families during the pandemic, we’re working with our partners at @PHAnews to get fresh ingredients to families in need across the country so they can cook together at home. So that’s what #WafflesAndMochi is all about. I can’t wait for you and your children to join us on our adventures on March 16.💕”

The show, which intends to “help families during the pandemic in partnership with PHAnews to get fresh ingredients to families in need across the United States to enable them to cook together at home”, is an extension of Michelle’s work to advance children’s health as First Lady, as she wished shows like this had been around when her girls were young.

Michelle earlier announced that Penguin Random House will be releasing a young reader edition of her memoir, ‘Becoming” On March 2, with the hope that “the young readers’ edition of Becoming can serve as a conversation starter for you. Maybe it’ll open up new dialogues with your children or grandchildren. Maybe you can use it as an opportunity to begin a book club with the young people you know or use it as an excuse to invite them into your existing book club.”

I’m so excited to share that we are releasing new young readers’ and paperback editions of Becoming on March 2! Being honest about who I am and sharing my story in Becoming was one of the most freeing experiences of my life. And one of the highlights of my experience was hearing from so many of you and getting into the kind of deep, honest conversations that leave everyone feeling more connected and nourished.

My hope is that the young readers’ edition of Becoming can serve as a conversation starter for you. Maybe it’ll open up new dialogues with your children or grandchildren. Maybe you can use it as an opportunity to begin a book club with the young people you know or use it as an excuse to invite them into your existing book club.

I look forward to hearing all about the discussions that these new editions of Becoming spark with your loved ones—and what kind of parallels young people might draw from my story to their own. No matter what, I hope you’ll keep me posted on your experience by sharing your updates and insights by using #IAmBecoming and tagging me in your posts on social media. I want to hear it all! Whether it’s revelatory, a little messy, or even downright uncomfortable, I’m always interested in what kind of new awareness a good conversation can bring. BecomingMichelleObama.com

In this article:Michelle Obama, TV