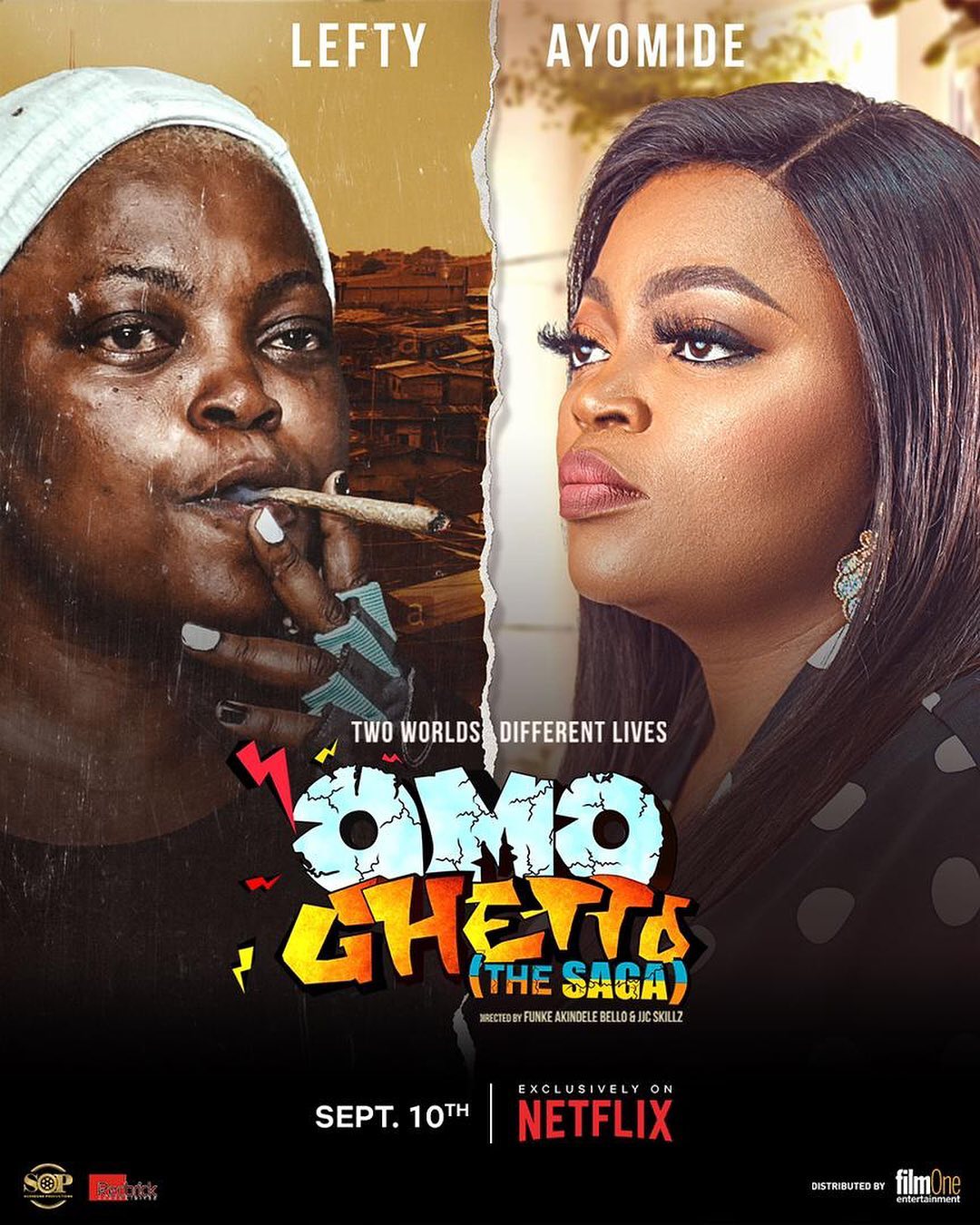 Funke Akindele-Bello and JJC Skillz‘ 2020 movie “Omo Ghetto: The Saga” is headed to Netflix after breaking a four-year Nollywood record in January, barely a month after its theatrical debut.

Omo Ghetto – The Saga, will be released on Netflix on September 10, 2021. The comedy movie, which stars Funke Akindele-Bello in a dual role with Deyemi Okanlawon, Eniola Badmus, and Chioma Akpotha, is the sequel to the 2010 “Omo Ghetto” trilogy.