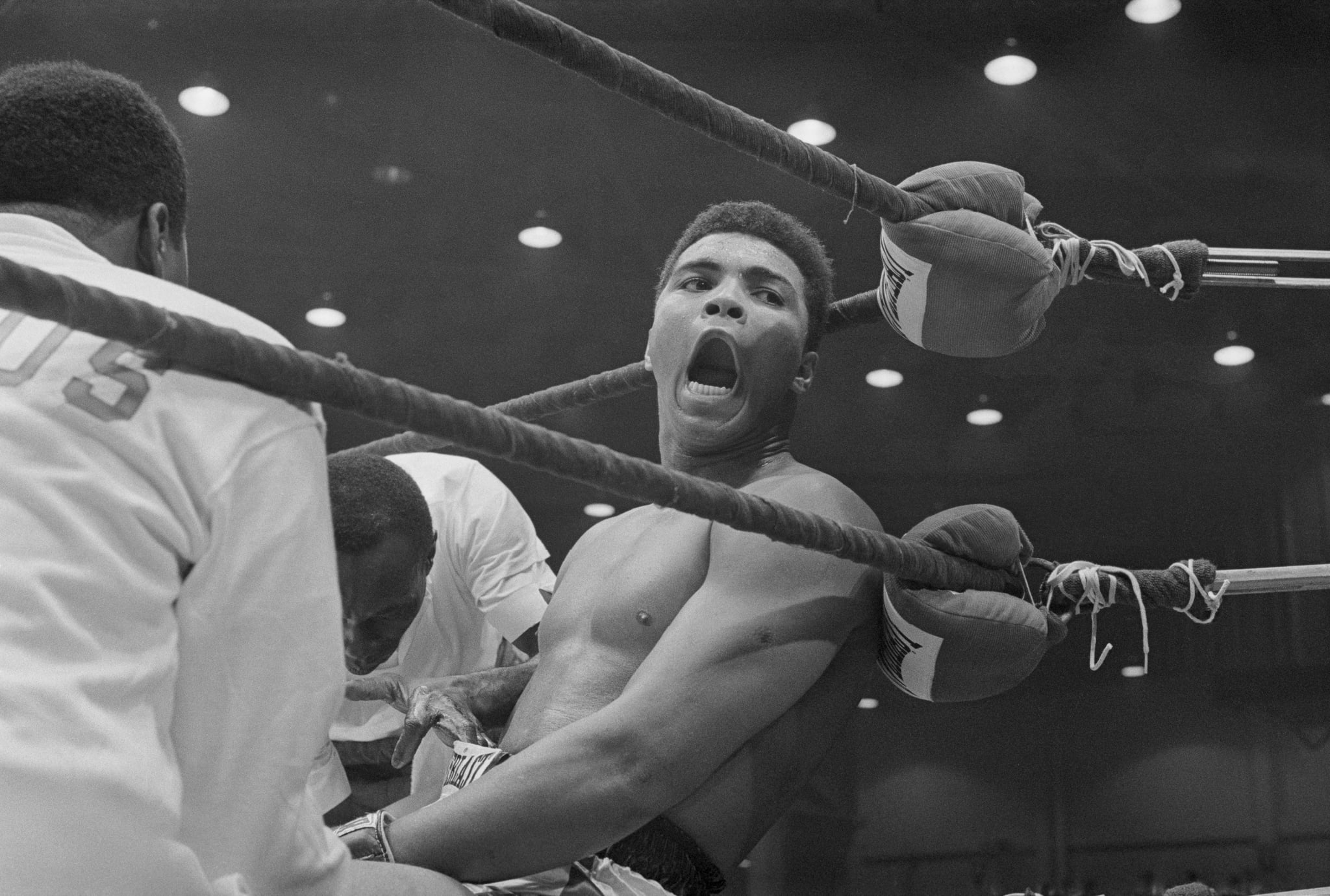 Regina King’s One Night in Miami creates an emotionally intimate portrait of Muhammad Ali (Eli Goree), the legendary boxer who, shortly after becoming the heavyweight champion of the world, denounced the name Cassius Clay. Indeed, it was around the events of the film that the trailblazing Ali announced his new identity.

The Amazon Prime movie, based on Kemp Powers’s play of the same name, takes us to the night of Feb. 25, 1964, when the 22-year-old boxer famously defeated Sonny Liston. That evening, the young champion spent time with his friends Sam Cooke, Malcolm X, and Jim Brown. A month later, he announced to the world that he was Muhammad Ali. But why, exactly, did he change his name? After publicly joining the Nation of Islam, Ali put it in his own words: “Cassius Clay is a slave name.”

During a press conference after his historic night, Ali first announced that his name would be Cassius X. This title paid homage to his friend and mentor Malcolm X, who watched his fight from the sidelines. Ali later declared that he was officially converting to Islam.

A month after defeating Liston, he told the world that his name was Muhammad Ali. Regarding the name Cassius Clay, Ali told the world, “I didn’t choose it and I don’t want it. I am Muhammad Ali, a free name — it means beloved of God, and I insist people use it when people speak to me.”

Unfortunately, the media continued calling him by the name Cassius Clay well into the ’60s. And it wasn’t just the press — Ali’s opponents would also refer to him by his former name. His fight with Ernie Terrell in 1967 became known to boxing fans as the “What’s My Name” fight. In the ring, Ali would continually ask Terrell, “What’s my name?,” before ultimately defeating him.

According to USA Today, Ali never formally changed his name, as a legal name change was not required in the 1960s. However, every official document issued to him was under his chosen name. Formally or informally, it’s abundantly clear that the boxer would forever go down in history as the triumphant Muhammad Ali.

In this article:Movies, Muhammad Ali