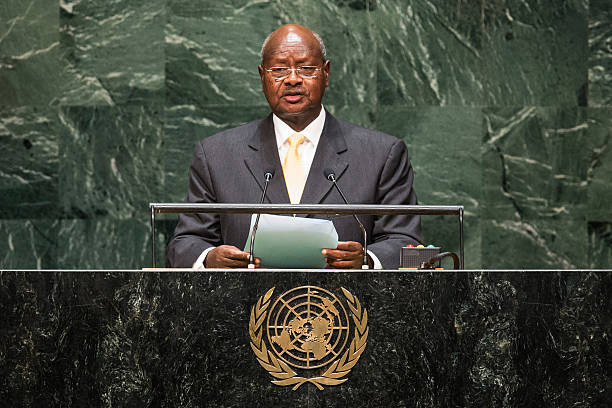 Yoweri Museveni has been declared the winner of Uganda‘s presidential election with 58.64% vote and Bobi Wine — a singer turned politician came in second with 34.83%.

According to CNN, Bobi Wine who’s real name is Robert Kyagulanyi, alleged that the votes were rigged, stating that he has evidence of fraud and intimidation.

Yoweri Museveni, has been in power since 1986. After overthrowing Idi Amin. He has, on several occasions, amended the Ugandan constitution to enable him to remain in power for over 30 years now.

Ahead of the election, the 76-year-old president ordered the shut down of social media platforms in Uganda, from Facebook and Instagram to Twitter, also sent the military into the streets.

We are the real winners of this election and therefore what the electoral commission announced has nothing to do with the real election that took place.

I can call on all Ugandans to reject the announcement that has been made by the electoral commission … to reject them with the contempt with which it deserves.

We have a crisis of dictatorship in Africa. The treatment that my friend @HEBobiwine has received along with other opposition politicians in Uganda is appalling.

Listening to his address today I was just troubled about the state of African affairs. pic.twitter.com/x62Ho9Yiq8

In this article:News, Uganda