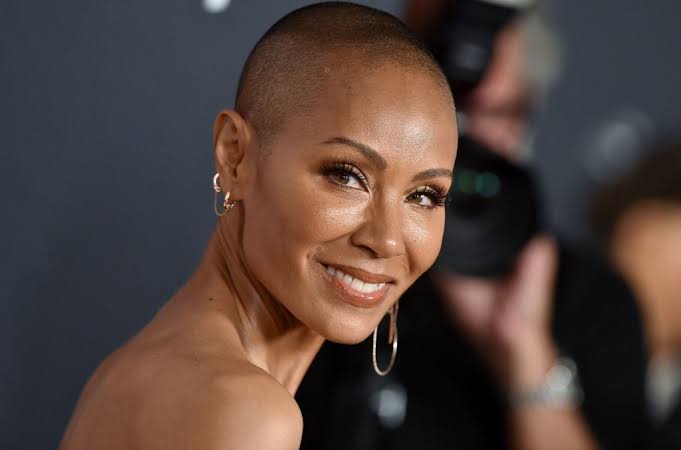 Alopecia has become a subject of popular conversation after an altercation between Will Smith and Chris Rock at last night’s Oscars, where the former slapped and swore repeatedly at the comedian and awards host for making a joke which highlighted his wife Jada Pinkett Smith’s hair loss.

“Keep my wife’s name out your f**king mouth,” Will shouted, after Chris joked that Jada, who has a shaved head, looked like GI Jane – referring to a 1997 film where Demi Moore’s titular character shaves her head.

The Academy Awards moment has dominated post-ceremony headlines – but many of those who’ve seen clips of the incident may remain unsure as to the circumstances leading up to it.

Jada, who is a co-host of talk show Red Table Talk, has been vocal about her struggles with alopecia, both on her Instagram account and during discussions on her show. It’s unclear whether Chris Rock was aware of this context.

In light of these events, we’re revisiting the following piece by Ore Ogunbiyi, co-author of Taking Up Space: The Black Girl’s Manifesto for Change, who interviewed Black women about navigating alopecia for glamour back in 2020:

For black women, hair is not just hair. Along with the rest of our bodies, it is another site where society projects racialized notions of what’s beautiful and what isn’t. As individuals, it is also an intrinsic part of our identities and self-expression. Do you keep your hair kinky? Do you relax (or chemically straighten) it? Is my curl pattern loose enough? Is my puff big enough? Should I just wear a wig and forget about it entirely?

So when you’re made to feel that your hair is such a central part of who you are, what does it mean to live half your life without any at all?

Over 20 years ago, Funmi Akingbe (52) was diagnosed with alopecia areata, a condition that causes your hair to randomly fall out, first in patches but sometimes, completely.

She sighs deeply as she describes the moment she first noticed her hair thinning. “My doctor wasn’t too sure what the cause was. He said it could’ve been stress, it could be hereditary, it could be that I was anaemic,” she says “and he wasn’t sure whether it would grow back or not.” Funmi tried to hold on to what was left by putting it in twists and then locs. But as the locs began to thin and apply even more pressure on the remaining tuft, she knew she had to shave her hair off.

Lots of black women wear wigs for a variety of reasons. While it’s easy to assume that this has to do with the internalisation of Eurocentric beauty standards that only appreciate women’s hair when it’s long, sleek and wavy, Emma Dabiri writes in Don’t Touch My Hair how it isn’t that simple:

“African aesthetics celebrate artifice,” Emma writes. “The association of ‘naturalness’ with beauty is a legacy of Romanticism, the artistic and literary movement that emerged in Europe at the end of the eighteenth century.” So really, hating wigs is an internalisation of a Eurocentric beauty standard too, and dissecting our intentions is a complex task.

For Funmi however, her decisions to wear wigs was much more straightforward: she wasn’t ready to tell the world that she had alopecia. “Black people know you’re wearing wigs but white people don’t and I just didn’t want to have that conversation with my colleagues at work.”

It would be five more years before Funmi would ‘come out’ as bald. It took the constant encouragement of her daughter, now 14, and a friend she met on social media, Christala(@lalasuga), who also has alopecia. Christala has alopecia totalis, the variation of the condition which means she has no hair on her body at all. Although she makes and wears wigs, she goes out bald very often, celebrating the versatility that her condition offers her.

As black women, we tend to change our hair a lot, liberated by the versatility that our range of textures affords us. Funmi has fond memories of her years with a full head of hair.:

But this versatility can come at a price. While alopecia areata and totalis are autoimmune disorders, traction alopecia is the loss of hair from having tightly pulled hairstyles. It can permanently damage hair follicles in more extreme cases.

Funmi laughs as she remembers the pain of having her hair done as a child. “I thought the pain and having your hair done went hand in hand,” she says.

But her own battle with alopecia has made her much more careful with her own daughter’s hair, switching hairdressers if her braids are ever too tight. “There are so many other options out there that aren’t so damaging”, she says, “so losing your hair to traction alopecia shouldn’t be an option.”

While she doesn’t miss waiting hours in hair salons and being abandoned under the dryer, or wearing headscarves to bed each night hoping to the heavens that it won’t shift, or worrying about her wig moving back revealing her natural hair, she does miss her hair.

Nevertheless, she’s grateful that she’s now in a place where she can accept that even though she may have lost her hair, she hasn’t lost herself.

This article was originally published on Glamour