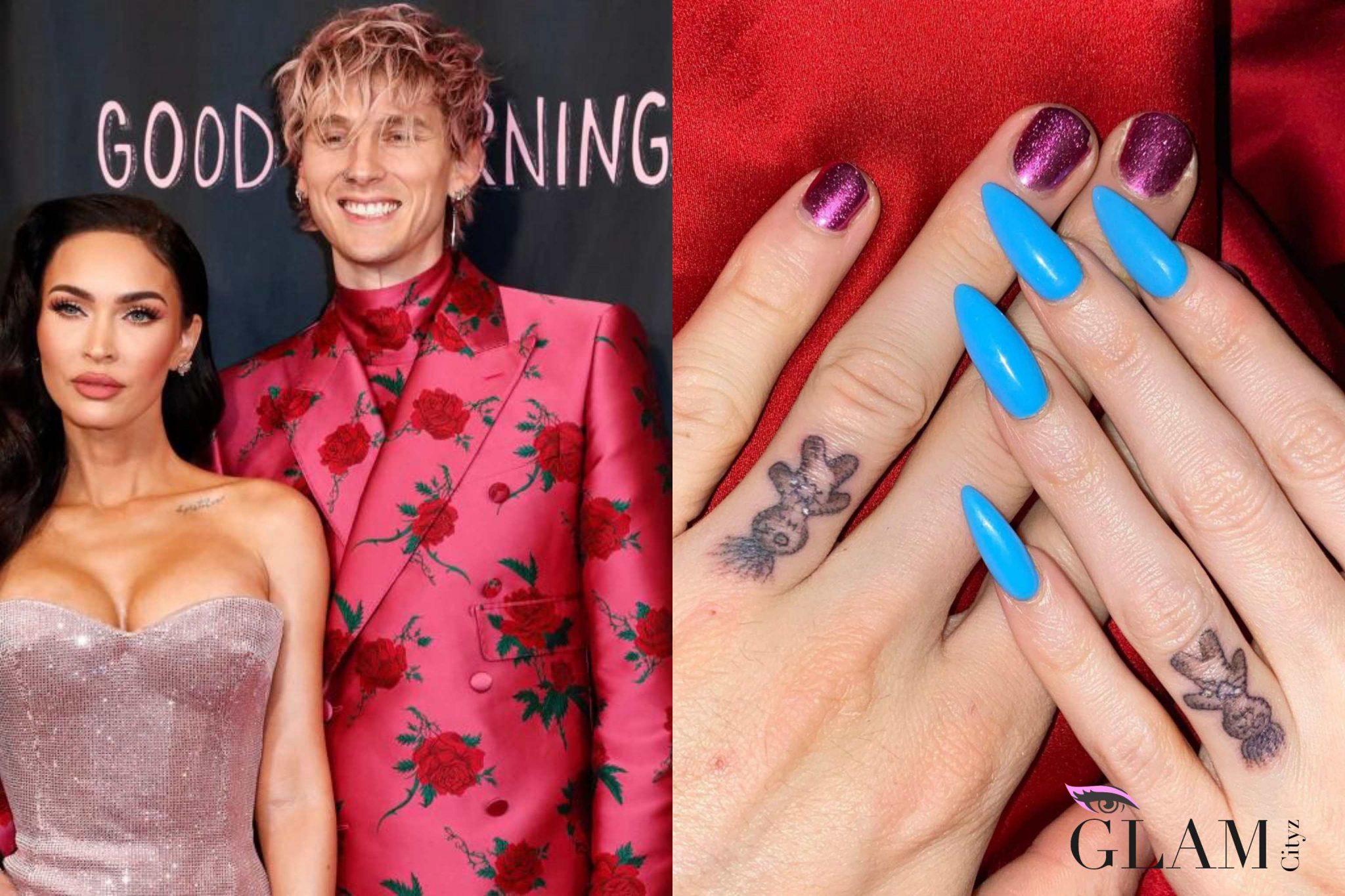 No judgment, but much of Megan Fox and Machine Gun Kelly’s whole ~thing~ is going further than your average couple. Most of us don’t display quite so much PDA or drink our partner’s blood— though if you do, more power to you. Yet their latest romantic stunt, getting matching tattoos on their ring fingers, is downright regular! I would totally do that!

Beyoncé and Jay-Z both have tattoos on that finger in lieu of wedding rings, and even noncouples have gotten similar ink. Olivia Rodrigo, Charli D’Amelio, Iris Apatow, and Avani Gregg got matching friendship tattoos on their fingers (hearts and smiley faces). The cast of Pretty Little Liars cemented their bond with “A” tattoos on their “shh” fingers. So what adorable, simple design did M.F. and MGK decide on? Perhaps a mix of their initials, a drop of blood, or a star or something?

Oh, it’s a burlap voodoo doll. But the doll has a heart patch, so that’s sweet, I think. Check out the picture in this birthday tribute Kelly posted to Instagram, below:

Fox recently celebrated her 36th birthday in Las Vegas while there for the Billboard Music Awards with her fiancé. If you’re wondering if they smashed in Sin City, the answer is yes. “An introvert in Vegas for three days during eclipse season…just SO much crying in the shower,” Fox wrote on an Instagram carousel from the trip, which included a screengrab of a text she sent to her stylist that says, “Was this blue outfit expensive because we just cut a hole in the crotch so we could have sex.” She also included a shrug emoji. Fox’s stylist replied, “I hate you,” with three crying laughing emoji. “I’ll fix it.” Alrighty then!

So are crotchless jumpsuits and doll tattoos going to be incorporated into the theme of the Megan Fox and Machine Gun Kelly’s upcoming nuptials? We know they want something extravagant and dark. And honestly, we’d be disappointed with anything less.

This article was originally published on Allure