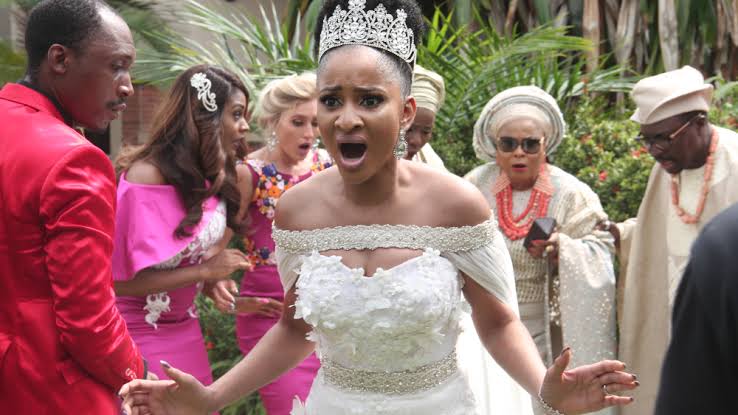 It’s high time you say bye to boredom as we are going to reveal the best African movies you can watch right now. Since streaming platforms such as Netflix is prioritised on international growth, Africa is not left out.

With films across genres, these movies will punch out boredom from your day and get you familiar with African cultures.

With that said, what are the best African movies to binge-watch on right now? Scroll Further.

This is the ‘self positivity’ movie you need right now. The movie (true life story) is about a Ugandan girl, Phiona, who is from a poor family. She learns to play chess and becomes Woman Candidate Master after her victories at World Chess Olympiads.

This movie is just perfect for your day as it is romantic and will also get you laughing out loud.

The Wedding Party is a romantic comedy Nigerian movie which tells the story of a reformed playboy groom from a wealthy family and an insecure virgin bride who are about to get married, with their mothers who can’t stand each other.

Their big day arrives and the couples lavish wedding plans turn to one problem and another. How did they pull the wedding through? Find out as you watch The Wedding Party on Netflix.

The movie Lionheart, reveals that a women is capable of handling anything she puts her mind to.

The movie tells the story of a young woman who aspires to prove herself as a business leader in her fathers’ company. Her father got ill and she got the chance to show what she’s capable of. With huge debts and sexism, she must work hard to save the company.

The movie tells the story of a young girl named Esi, reflecting on her father Kojo. Mystical elements seep into her life as the story solidifies into a journey where she must save her father from a mine shaft. How did she conquer this journey?

Watch The Burial of Kojo on Netflix

From the director of The Wedding Party, King of Boys is full of action. The movie tells the story of a businesswoman Eniola Salami, with the ambition of entering politics. She’s drawn into the struggle for power, putting everyone she loves at risk. Not knowing whom to trust, she became ruthless and fierce so she doesn’t get takedown by her opponents.

Watch King of Boys on Netflix

In this article:King of Boys, Lionheart, Movies, Netflix, Queen of Katwe, The Burial of Kojo, The Wedding Party, TV